by Lawrence Kazooba
in Op-Ed, Politics
36 2 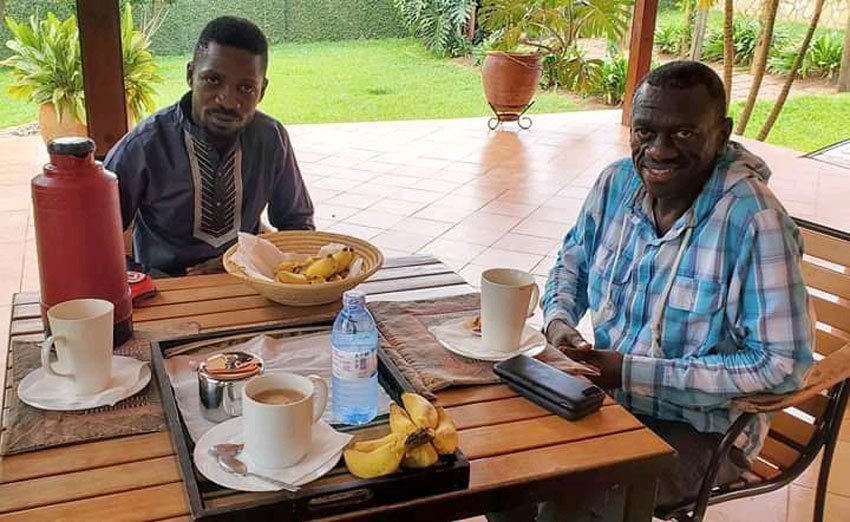 A couple of days ago, former People Power rascal, Ashburg Katto, did a video blog about the falling apart of the United forces for change, a loose alliance between opposition kingpin Dr Kizza Besigye and Robert Kyagulanyi.

Katto, still with contacts of People Power insiders, talked about the meeting between Bobi and Besigye before they announced they were pulling synergies to help them defeat Ugandan leader for four decades, Yoweri Kaguta Museveni.

People Power Diehards have been shouting their voices hoarse for Besigye to leave Bobi Wine stand as a sole opposition candidate.

Whereas over 30 people have expressed intentions to stand for Uganda’s presidency, it’s clear front runners would be Besigye or Bobi on the opposition side and Museveni the incumbent.

According to Katto, who spoke from an informed point of view, Kyagulanyi asked Besigye to pave way for the young generation. Bobi sought Besigye’s support which he hopes to add to his followership, hoping it would turn the tables upside down.

However, Besigye the calculative politician, is reported to have asked Bobi one favor, which would eventually be a deal that would make or break Bobi Wine’s politics. Besigye asked Bobi to reign on his followers who want to stand against Forum for Democratic Change party incumbent MPs.

According to Ashburg, Besigye says he would back Bobi Wine if people power backed FDC MPs that would come with withdrawing candidates aspiring for seats where FDC has incumbent MPs.

Now, there are a number of People Power members who Bobi Wine even as their leader, will find difficult to ask them to stand down for FDC incumbents.

There are good reasons why Besigye, still wants his party to have big numbers in Parliament. One, even if Bobi Wine won the 2021 elections, having a good number of MPs in the house would help any party leader to negotiate in the new power sharing deal. Without MPs and local government winners, that would be very difficult.
Secondly, in case of a loss, the party with most MPs, lead opposition in Parliament. You cannot loss both. More so, if Bobi lost and does not have MPs in the House, won’t he remain a lame duck politician with other registered parties calling the shots?

Possibly, Bobi Wine thought about the deal, or he didn’t. But the ongoing vetting of people power candidates is a real test for an organization without legal status. It means, Bobi Wine has no authority over anyone who wants to use People Power symbols and slogans.

The question is: Can Bobi Wine tell anyone with good politics prospects to stand down? Secondly,what use would be to win a presidency without MPs loyal to you but another politician?

These are some of the crossroads Bobi Wine faces as he negotiates his way to becoming the most powerful opposition politician in Uganda.

Makerere University Lecturers against Nyanzi suspension,say she was not given a fair hearing