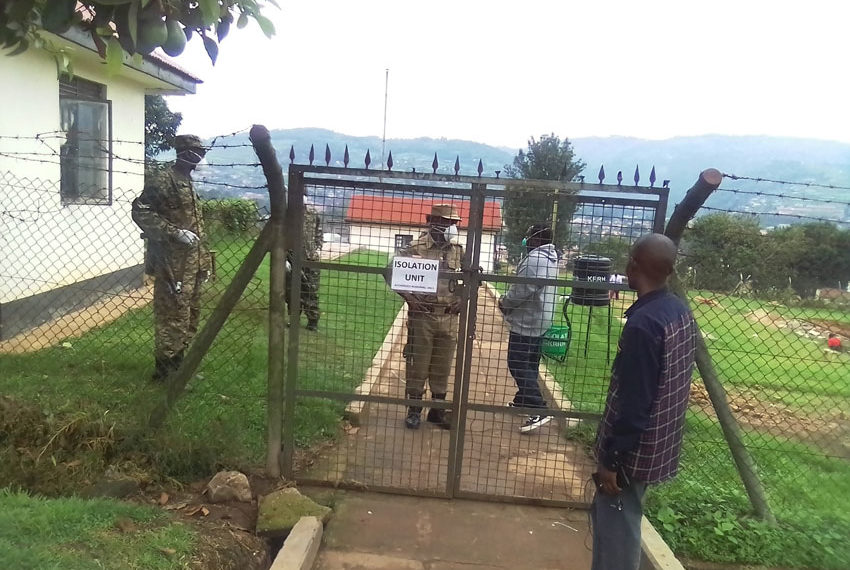 Gogo Gurudev, a resident of Kibikura Cell, Northern Division in Kabale Municipality was arrested at the gate of the isolation unit of the Hospital upon being checked by the deployed soldiers.

The suspect had been disguising as a friend of one of the Covid-19 patients admitted, claiming he was visiting them with a package of bread and mineral water.

However, when the soldiers checked his package, they discovered opium, a matchbox, and other drugs, including roasted ground nuts.

The suspect claimed to have received narcotics from a Kenyan driver Babu Umar who was heading to Kisoro District.

The suspect has been detained at Kabale Central police station as further investigations commence.

Kabale regional referral Hospital has ten Covid-19 patients in admission. Three have been discharged after recovering from the deadly pandemic.