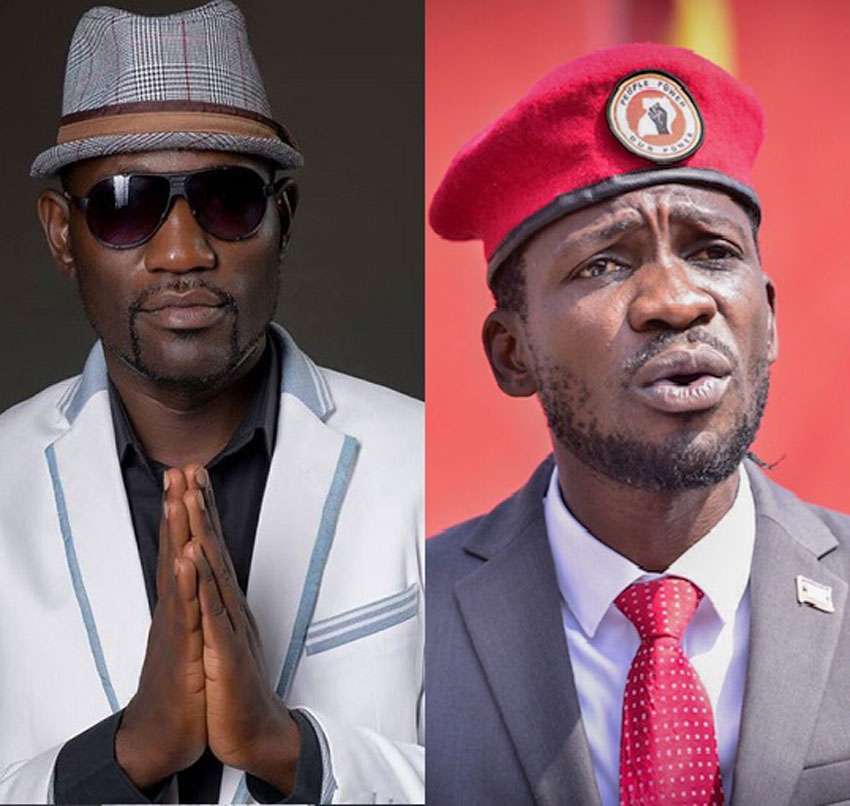 Crossing to NUP was a painful decision-MP Muwanga Kivumbi

Kyadondo East MP Robert Kyagulanyi Ssentamu alias Bobi Wine’s miraculous surge onto the political landscape was a surprise that not many saw coming until he successfully outcompeted both NRM and FDC in Kyadondo East to join Parliament in 2017.

It’s precisely accurate for one to argue that Kyagulanyi, who currently has his eyes on the Presidency had for some time been snowing the political seeds that sprouted in Kyadondo through his common man’s endearing lyrics. He songs such as “Obululu tebutwawula, Obuyonjo, Tugambire ku Jennifer among others whose message had over the years touched the souls of Ugandans in despair is arguably all that made the difference.

No wonder, his candidature managed to attract mammoth crowds throughout the whole contest period with both artistes and politicians decamping their political families in support of the political debutant.

From Kyadondo, Bobi Wine would go on to write history in a country whose political respect has for years been a rare reserve for the well educated first class citizens with rich political backgrounds by making the loudest political statements in both Arua and Bugiri which catapulted his political significance to a point where not even the heavily armed side in government could afford ignoring him.

Behind the curtains however, Kyagulanyi’s rise through the ranks has always been characterised by one silent force that’s often rarely reported about by the media – his elder brother Eddy Yawe Ssentamu!

Bobi Wine’s glamorous music career was unquestionably influenced by his brother Yawe who had been singing as Bobi Wine was growing up.

In an interview with Watchdog Uganda recently, Yawe reminisces how he had been conducting a church choir in their courtyard years ago with his younger brother “Robert” (as he refers to him) one of the regular attendees.

Yawe says when his parents bought him a guitar in the mid 1990s after excelling academically, it marked the start of music journey that would later define their family for ages despite having no prior musical history for as long as any family members could recall.

For his pioneer role as the first member of the family to dream music, Yawe describes his brother as a good student of his with a smile of pride, emphasising he is certain Bobi Wine and his other siblings could have been mechanics had he been one himself.

” I have inspired not only Robert but many others of my siblings that you have ever heard gracing the microphone. I am proud of Robert in particular because he has really been a very good student. I am certain that my brothers could have become anything say like mechanics had I been a mechanic or even Carpenters had showed them the same,” he boasted.

His leaving the country for further studies in Sweden and USA threatened Bobi Wine’s musical career as he had left them orphaned on their music journey (Bobi had at the time become one with Chameleone and Bebe Cool). He nonetheless stayed in touch, offering the much needed guidance to his brother and his companions.

When he had completed his studies in California where he had set up a music recording studio named “Dream Studio” Bobi Wine along with his friends – Chameleone and Bebe Cool made a desperate appeal to Yawe to come home and help set up a studio to improve the standard of the music industry.

“When they asked me to come back and help out. I had a big decision to make. First of all, it was at a time when staying in the US was everyone’s dream and secondly, I had started some really nice work out there which was paying me handsomely,” he said.

Nonetheless, the love for his sweet home was too tempting for him to reject his younger brother’s appeal.

He came back and formed Dream Studio in Kamwokya although the parent one in the US wasn’t wound up. Dream Studio, the most professional music recording studio in the country would later become home to most big name musicians in the country courtesy of Yawe who had graduated with a master’s degree in sound engineering.

All along, Bobi Wine, Bebe Cool and Chameleone were the biggest music exports for the Studio for which Yawe worked as it’s producer and the rest is history.

Yawe also says he didn’t only inspire Wine to sing but also most of the message in his songs. He reminisces his two songs ” Lubengo and pearl of Africa” which landed him in trouble with Museveni’s regime in 1998, earning him some nights of improvement due to its hostile message against government. He says the two songs became the first to be banned on the local airwaves.

” I am glad Bobi has extensively covered the common man’s concerns in his music, something I did too when nobody could dare Museveni’s government at the time,” Yawe remarked.

Before Bobi Wine developing political ambitions, Eddy Yawe had been the first member of the family to attempt joining Parliament in 2011 when he was defeated by Mohammed Nsereko in Kampala Central. Five years later, he would shift his interest to the newly created Kira Municipality where again he lost to the incumbent Ibrahim Ssemujju Nganda of the opposition Forum for Democratic Change in 2016.

Although he wasn’t as lucky as his younger brother Bobi Wine on both the first and second attempts, the legendary Afrigo Band vocalist is optimistic that 2021 could present an opportunity for his political star to shine in Kira Municipality where he has already launched his political offensive against rival Nganda.

UTL saga: I did not request for your opinion, I instructed you- Anite tells Rukutana