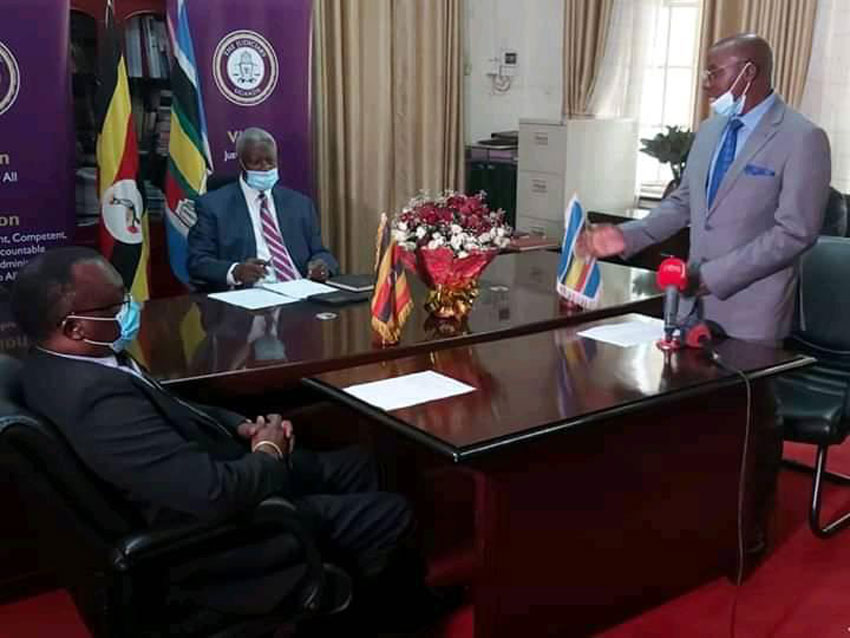 PROFILE: Looking back at the life and career of Bart Katureebe as Chief Justice of Uganda

In his handover remarks, Katureebe said,“There’s time for everything under the sun. It is time for me to go home.”

Justice Katureebe retired as Uganda’s Chief Justice last week after five years of service. He was appointed to the position  in March 2015, replacing Benjamin Odoki.

In his short letter of appreciation to stakeholders, Justice Katureebe revealed that he was satisfied that he had managed to achieve many things as Chief Justice. He however, acknowledged that a lot more still needs to be done, particularly in the reduction of case backlog.

A joyful and contented Justice Katureebe also said his achievements would serve as a milestone in Judiciary “For me, I am very happy with where we have reached almost everything of mine has clicked”.

“The ECCMIS (Electronic Court Case Management Information System) is on course, the construction of the Appellate Courts is on course, the Administration of the Judiciary Bill, which was passed by Parliament and now assented to by the President (as of today) – that’s my achievement.

“When I joined the Judiciary (in 2005), judges were getting Shs5 million per month, but they are now getting an average of Shs25 million,” he said. “There was nothing in the law for the Chief Justice and Deputy Chief Justice when they retire. We have not had a law in place providing for retirement benefits other than the pension and gratuity paid under the Pensions Act. Now we have the law in place providing retirement benefits for all judicial officers,” he said.

Justice Katureebe added that he dedicated 36 years of his work life to public service: “I worked for eight years as a state attorney; then I was a minister for 13 years, including service in the Constituent Assembly and Parliament – 21 years in government, plus the 15 years in the Judiciary, inclusive of the five years as Chief Justice.”

ChildFund releases over Shs100m for distribution of reading materials for learners

ChildFund releases over Shs100m for distribution of reading materials for learners