by Lawrence Kazooba
in News
82 3 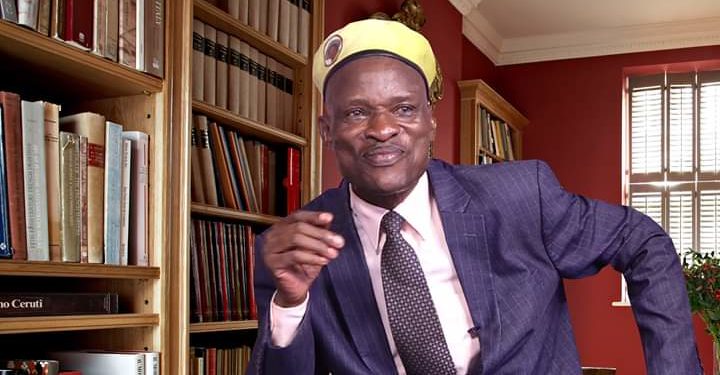 Last week, NBS TV had a crisis meeting. The meeting resolved to talk to senior presidential advisor Tamale Mirundi to tone down in his speech during his show. On the television where former state house insider, Kin Kalisa is majority shareholder, Tamale had a weekly talk show running in his name and hosted by Kazibwe Bashir Mbazira.

One on One with Tamale Mirundi is a very popular show, actually, it is the highest rated television morning talk show on Tuesday in Uganda.

Mirundi’s style of straight talk is what has made his shows popular, and he has become one of the most sought out personalities gracing Ugandan airwaves.

However, NBS management tasked news manager Joyce Bagala to sit down Tamale Mirundi and talk him into ending his attacks on some individuals. But they say, a week is a long time. By Monday evening, the conversation Mirundi had with Joe Kigozi, head of strategy at Next Media, was different.
He was told a group of three people are suing him and NBS TV for sh10 billion. NBS management is already scared. They asked Mirundi, a self confessed “proud Catholic Muganda” to apologise to people on sitting on Covid-19 taskforce who he “insulted” and “defamed”.

Mirundi, said no, claiming that after suing, he would rather meet them in court.

Mirundi has a group of people he has branded “Mafia”. He said this clique were out to overthrow President Museveni using different means. He said they are also wealthy because they have literally grabbed anything and have their hands in every national resource.

The same group, according to the self proclaimed ‘intellectual’, are responsible for throwing him out of State House where he held a job of President Museveni’s Spokesman.

When he was fired from State House, Mirundi was appointed President advisor, and he confesses that he receives his emoluments without doing any work, which he calls a token of appreciation for the 14 years of service as Presidential mouthpiece.

What made Mirundi’s mojo was his media appeal, and following his axe, he took up several radio and television shows. Mirundi’s week is literally about this, and promoting his pamphlet essays which he calls ‘books’.

So Mirundi’s first hurdle post State House, were attempts to throw him off air waves through Uganda Communications Commission (UCC). This battle, Mirundi prides in having won, saying it was his audience that demanded he be brought back. He didn’t tone down.

In the course of time, Mirundi has stepped on many other toes, including on people he says have been harvesting human body parts from hospitals, and more recently, the Covid-19 task force he accuses of mishandling the pandemic because they’re driven by greed.

On Monday evening, Mirundi’s show on Top Radio, 89.6fm between 6.30-8.00pm, was no-show. Last week, its host Dunstan Busuulwa, quit the station and joined CBS fm. We are not sure if Mirundi has been barred from appearing on Top Radio too. However, without explanation, its new host Kungu, didn’t have Mirundi in the studio. No explanation.

Watchdog has since established that during the talk show hour, Mirundi had instead visited NBS TV at Media Plaza in Kamokya. He was meant to meet head of strategy Joel Kigozi.

Mirundi received the bad news that due to his uncontrollable motormouth, his show would be reviewed because the TV would lose a lot of money if they lost the case. Mirundi was mad. He walked out of Media Plaza cursing, accusing Kin Kalisa of cowardice, and allowing the ‘mafia’ for using him to gag him.

Mirundi says he has his evidence that the Covid-19 committee has mismanaged resources. He says he will table evidence in court.

This reporter attempted to call Mirundi’s host, Kazibwe Bashir Mbazira, however, he declined to pick the calls.

Tuesday, 9.30am, Mirundi is expected to be on air. The world is watching at NBS’s next move.

Word has it that Mirundi could be banned from air, for good.