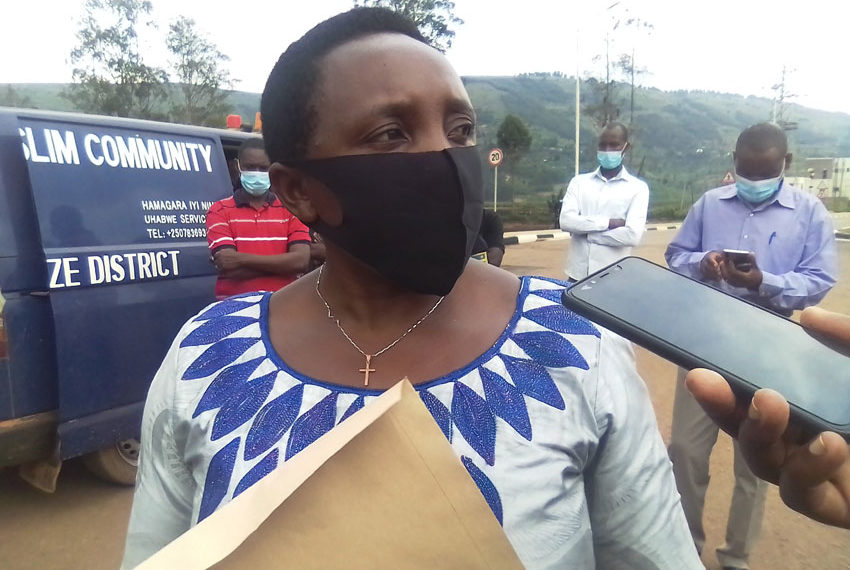 The government of Rwanda on Monday afternoon accused Sydney Muhereza, a Ugandan national who was shot dead in Rwanda of fighting its soldiers using traditional tools.

According to the handover document that was received from the Rwandan authorities at Katuna border, signed by the superintendent of police Aphrodis Nkundineza and Uwanyirigira Marie Chantal who is Burera District Mayor, the deceased who was smuggling drugs to Rwanda tried to fight security upon being arrested.

However, members of the family say the deceased had smuggled matchboxes, contrary to the report that Rwandan security produced.

Darius Nandinda, the Kabale Resident District commissioner accused Rwanda of fabricating lies after killing the deceased, saying Muhereza was doing business without any traditional fighting tools, though he had illegally penetrated Rwanda.

“Our man was innocent, he was looking for money. Saying he has Pangas, Spears…..Those are pure lies. We request the two presidents of Uganda and Rwanda to intervene, because many Ugandans have died this way yet we have many free Rwandans on Ugandan soils. Our Ugandans are grieved and we can’t continue this way,” Nandinda said.

Patrick Besigye Keihwa, the Kabale District Chairperson said the issue of Rwandans shooting Ugandans was becoming a familiar matter yet Uganda was silent and warned that the silence may soon end.

“As leaders we have to salute the people of Kabale for listening to us. If it wasn’t of mobilization of leaders, these people would have retaliated and given revenge but time is going to come when these people will not listen to us because it’s becoming too much.

“So the question is for how long are Ugandan people going to keep silent when they are seeing their relatives being killed in Rwanda when the Rwandans cross to Uganda and we protect them, when they fall sick we take them to hospital,” said Keihwa.

Keihwa further called on Rwanda to handover Ugandans they call criminals, instead of killing them.

“Hand them over to us as Ugandans when they commit an offence, than Rwanda bringing dead bodies to Uganda. It’s very unfortunate and that’s bad blood between two neighboring countries.”

Muhereza is the fifth Ugandan businessman to be killed in Rwanda for allegedly smuggling goods into the same country since February last year. Rwanda closed its Katuna border with Uganda and banned its nationals from entering Uganda.