by watchdog
in News
8 0
ShareTweetSendShare

In several government offices, you can read fear and panic in their eyes.

After months moving up and down with stickers, freely and unabated, reality check has come close after their closest contacts including their drivers tested positive for covid-19. 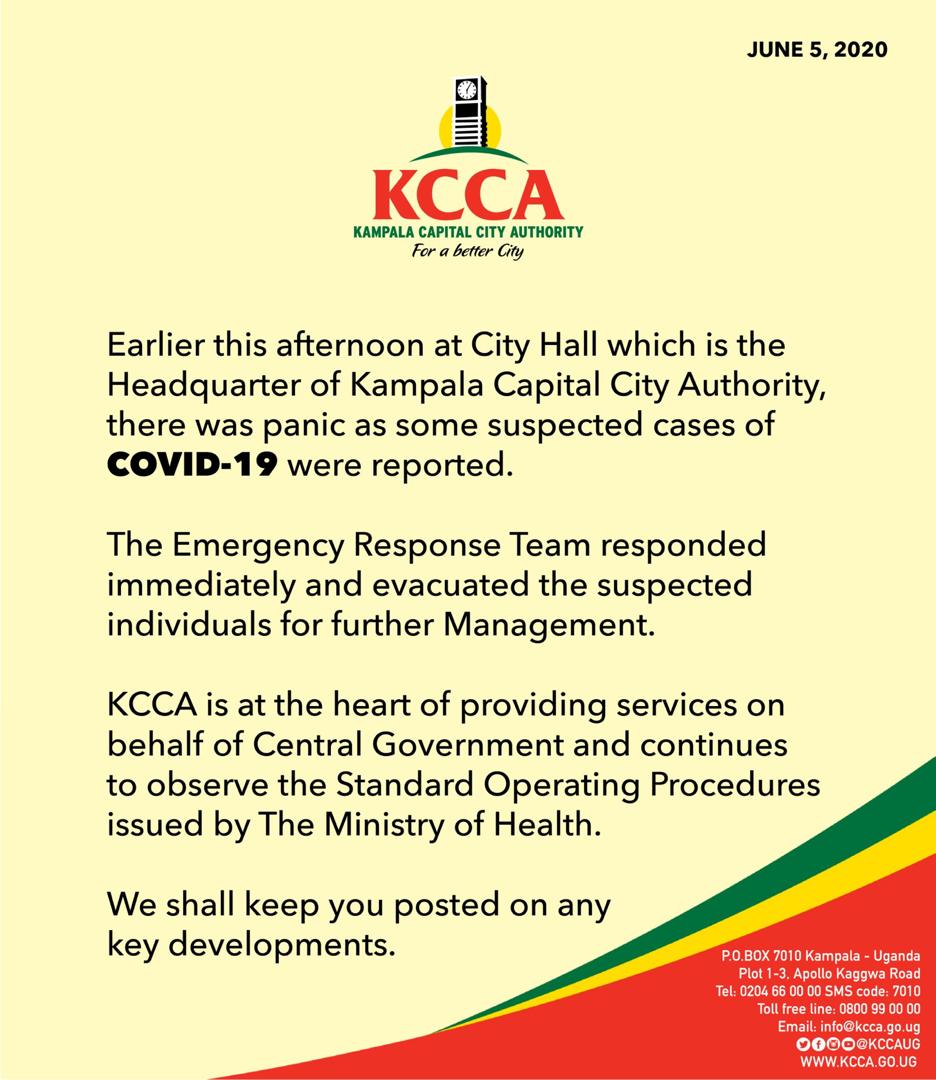 First it was the prime minister Dr Ruhakana Rugunda himself announcing that he was self isolating as prescribed by medical guidelines, admitting he had himself come into close contact with officials who tested positive for Corona virus. Information at our discretion shows that it is drivers at the office of the prime minister who tested positive. However, more people would be in for a shock in the coming couple of days.

The OPM is at the centre of coordinating covid-19 response, headed by the prime minister himself. In his absence, according to Julius Mucunguzi, Mr Rugunda’s spokesman, the first deputy premier Moses Ali will be in charge of covid-19 response.

On Friday, the other venue for panic was Kampala Capital City Authority KCCA where at least four officials were evacuated.

A number of officials KCCA have been involved in the food distribution activities in the city.

Photos: One of traditional houses at Kasubi fire gutted, NOT Amasiro under construction

Photos: One of traditional houses at Kasubi fire gutted, NOT Amasiro under construction