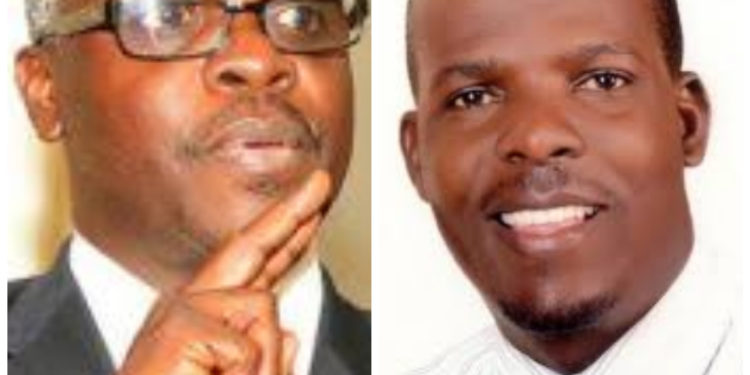 Just days after the defection of Ashburg Kato, one of Bobi Wine’s firebrand social media aides, the People Power leader proved to the public that it was not all doom and gloom for his Kamwokya outfits with the announcement that popular media personality Innocent Tegusuulwa of Bukedde TV had joined him.

The new recruit had been a known People Power apologist even during his days at Vision group’s Bukedde TV and radio, a point many think could have landed him in the bad books of the company’s leadership.

While unveiling the “Toli mwavu” famous scribe at their Headquarters in Kamwokya last week, People Power mouthpiece Joel Ssenyonyi praised the new catch as a move in the right direction for the movement that desperately needs a recruitment of an army of more people actively and selflessly involved in the struggle.

What makes the addition an exciting one for Bobi Wine is the fact that Tegusuulwa has been one of the most outstanding servants of the pro government media group – Vision Group, superintended over by Robert Kabushenga, a publicly known Museveni fixer.

Tegusuulwa is just one of the many employees at Vision group whose services were terminated in the wake of the current crisis caused by Coronavirus. It’s been established that the former sports scribe was extremely frustrated by the bitter development announced by his employers moreover at a tough time as public pockets are drying up as a result of the ongoing Coronavirus induced lockdown.

The changes at the giant media group caused a lot of pains among the affected employees, with those retained also forced to take up to 65% salary cuts leaving many in depression. As a result, one company employee Christine Kabasweke, an accountant with the media company reportedly chose to end her own life after she felt life had lost meaning.

Innocent Tegusuulwa however didn’t wait to get to the point of being swallowed by the Kabushenga induced depression and hence chose to declare open allegiance to the Kyagulanyi – led movement, to the advantage of the youthful Presidential hopeful who had not so long ago lost one of his most trusted aides – Ashiraf Kato who defected to rivals in the ruling National Resistance Movement.

With Tegusuulwa coming on board, People Power will have all the reasons to celebrate the addition since there has been a gap in their human intellectual stores which the movement badly needs as they embark on a long term structuring program.

We have also learnt that the veteran TV presenter is planning to try his luck into active politics with some sources saying he could be warming up for the Nakawa Division Parliamentary seat, while others connecting him to the Lord councillorship for Nakawa come next year.