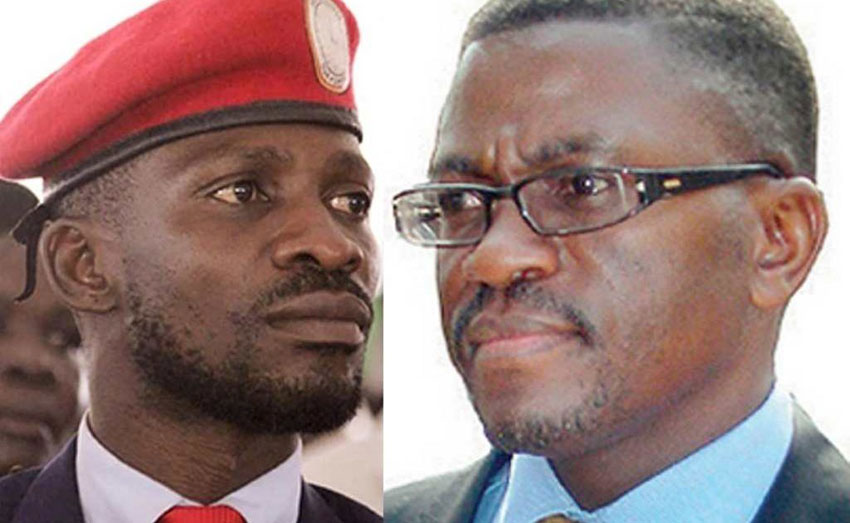 Buganda Kingdom Prime Minister Katikkiro Charles Peter Mayiga has explained why he cannot come out to publicly endorse the candidature of People Power pressure group leader Robert Kyagulanyi Sentamu aka Bobi Wine even when the youthful legislator is a subject of the Kabaka.

Katikkiro Mayiga is arguably the most powerful Prime Minister among his counterparts who hold the same position in all the cultural institutions in Uganda, by virtue of the strategic location and significance of Buganda Kingdom to the country’s political history.

In an interview with Urban TV on Tuesday, Katikkiro Mayiga revealed that some young people from Buganda have been pestering him to ‘rise and endorse’ People Power’s Bobi Wine’s candidature for President because he is an ethnic Muganda but he has told them he will not do such a thing because it can divide the Kabaka’s subjects on political grounds.

“I am not going to endorse NRM, FDC, People Power, or any other party. If I endorse DP, how am I going to deal with those of NRM yet they are all subjects of the Kabaka. If for example I endorse People Power and Honourable Kyagulanyi, how do I deal with other people some of whom are my friends?” he said.

He admitted that Buganda has interests and those who want the Kingdom’s support should identify with the five key issues the Kabaka and Katikkiro are pushing which include Federalism, production and protection of land and the Kingdom’s borders.

“We have our interests as Buganda that are permanent and summarised in Ensonga Ssemasonga Ettaano (the five aspirations). My job is to bring everyone together. Let a politician who wants our support say that they support Buganda’s aspirations. Let MP Robert Kyagulanyi, the People Power leader stand up and say ‘I support the five aspirations,” Mayiga explained.

In another interview given to NTV Uganda last week, Mayiga predicted that time for a competent Muganda president would come, a statement some interpreted to mean that Mayiga thinks Bobi Wine is not a capable Muganda presidential aspirant.

“Every country has its own political dynamics. (Former President Godfrey) Binaisa was a joker. The time for a Muganda to be president will come. Uganda having one President for over 30 years has nothing to do with Buganda Kingdom,” said Mayiga. “The issue is not about having a Muganda at the helm of politics in this country; it has also everything to do with competency to adequately execute the oath of office.”

Umeme, Uganda's main electricity distribution company has today unveiled Peter Kaujju as its new head of Communications. "We take this...

Police in Rubanda District is investigating circumstances under which a man slapped his son, leading to death. The deceased has...