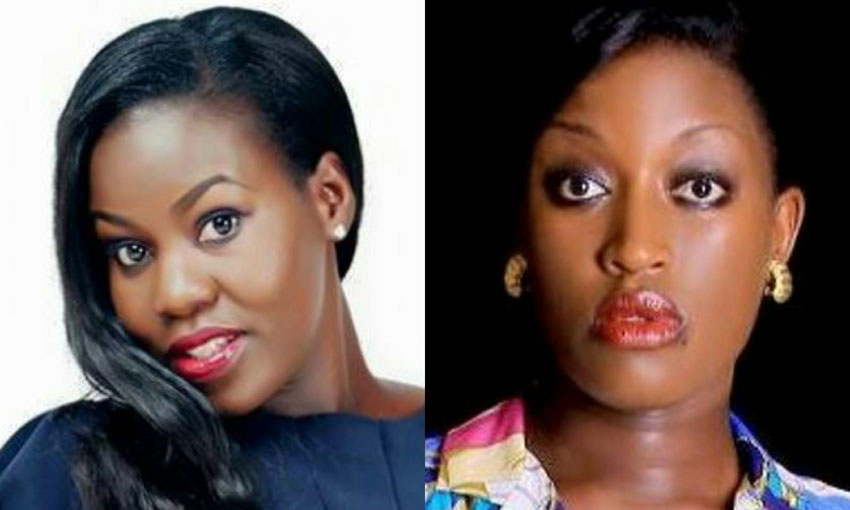 Former NTV Uganda Life Stories presenter Justine Nameere says the embarrassment her former colleague Faridah Nakazibwe faced was due to the hand of God, and the Almighty had pestered her to forgive the Mwasuze Mutya presenter.

Days ago, Nameere said she had forgiven Nakazibwe even when the NTV Akawungeezi news anchor refused to come out and openly apologize for telling lies about her, which falsehoods she says depressed her and cost her a lot of juicy deals.

Recently, Nameere exposed Nakazibwe for allowing her estranged husband Omar Ssali to fool her that women like her (Nameere) and Flavia Tumusiime were seducing him through social media messages.

After shredding Nakazibwe on social media and in some media interviews, Nameere finally said she had forgiven her former workmate.

“It’s time to move on from this issue that was started by a senseless dishonest person who fooled Faridah Nakazibwe. I forgive you Faridah. Moving forward I hold nothing against you! I instructed my Lawyers to withdraw all the cases that were proceeding against you!” said Nameere.

“However I caution you to have the police keep a close watch on yo ex husband, he seems capable of just so much and I also suggest that you find professional help for the black mail you suffered and am informed you are still suffering! Apologies for where my anger led me to say some ungodly stuff.”

Although Nameere had been criticised by Nakazibwe’s fans who viewed her dossier and interviews as meant to attract attention, her act of forgiveness won her praise from her fans.

“Justine Nameere seriously I hate defamation but if there’s anything have learnt from this whole situation … it’s forgiveness and in your personal statement I was mo touched by the Bible verse Matthew 18:21-35 the Parable of the Unforgiving Servant . May God Bless you,” wrote a one Solosoft.

Zari on song as #TulambuleNeZari campaign gets socialite dancing