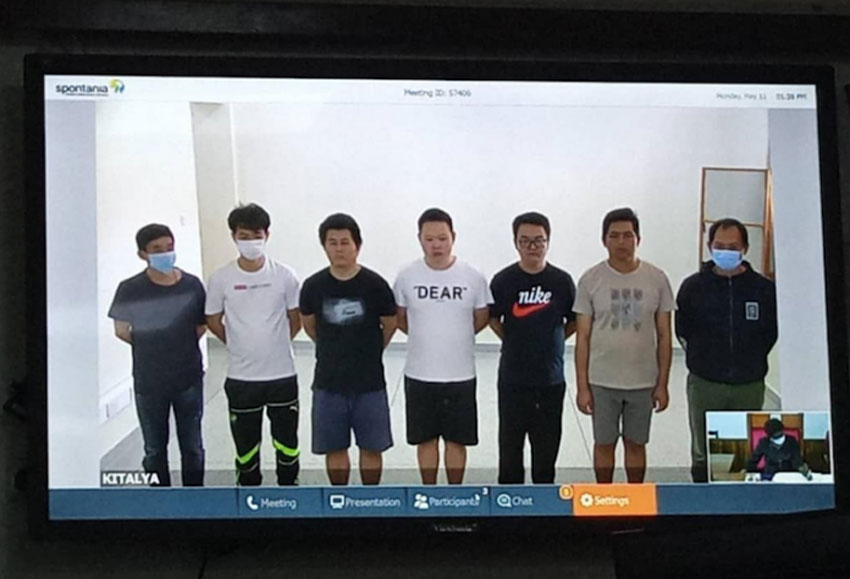 Some of the suspects appearing in court via video conferencing

Fourteen Chinese nationals have been charged with illegal possession of wildlife species and illegal presence in Uganda.

The accused were charged by Buganda Road Chief Magistrates Court on Monday.

The court headed by Magistrate Miriam Oyo Okello heard that on March 18, 2020 while at Kireka Kamuli Lubowa Zone in Kira municipality, the accused were found in illegal possession of 10 pieces of dried elephant penises valued at Shs 17.1 billion, six tortoises valued at Shs 22.8 million and half kilogram of pangolin scales valued at Shs 5.7 million.

Court also heard that the accused persons were found keeping tortoises at their residence as pets without permission from the Uganda Wildlife Authority.

The suspects pleaded not guilty to the charges and were further remanded to Kitalya Government prison until May 21 as investigations continue. The suspects are part of 37 Chinese nationals who were remanded on March 27 on charges of illegal possession of hundreds of sim cards among others.

However, state prosecutors, Annet Tuheisomwe and Ivan Kyazze had to amend the charge sheet to introduce new charges against the 14 individuals.

Martha Kay is mine! Singers A Pass, Ykee Benda fight for socialite's love