UPDF reaches out to families affected by heavy rains in Kabale 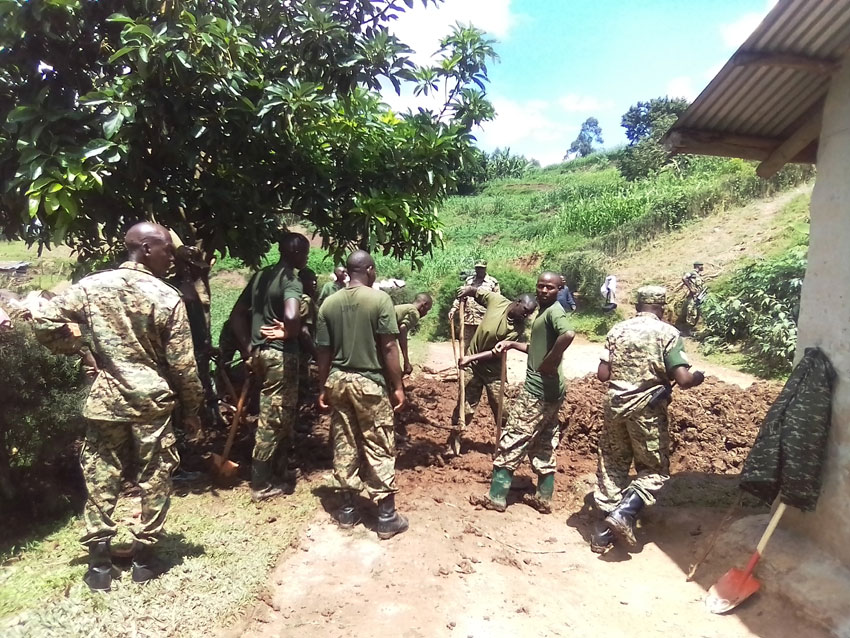 The Uganda People’s Defense Forces (UPDF)’s 19th Battalion in Kabale has started to reach out to families that have been affected by Heavy rains.

Under the commandant of Lt.Col. Robert Nahamya, the soldiers on Monday started by rescuing a one Kemigisha Justine whose house was hit by running water on Saturday night.

“It was on Saturday when the rains hit my house. The next day I hired local labourers to remove debris from my house but they failed to finish the work, but they did their best,”Kemigisha said.

Besigye Keihwa,the Kabale District Chairperson said the woman who’s overburdened with eight children needed rescue , considering the fact that she wasn’t working to earn some money to assist her during this lockdown.

Meanwhile, due to the heavy rains, the Ntungamo-Kabale Highway was cut off in Kaharo after the road collapsed.

Some people have died as a result,plantations destroyed and feeder roads became impassable.

I nolonger care about lockdown, Ivory Coast is my new home- Eddy Kenzo gives up on coming back to Uganda