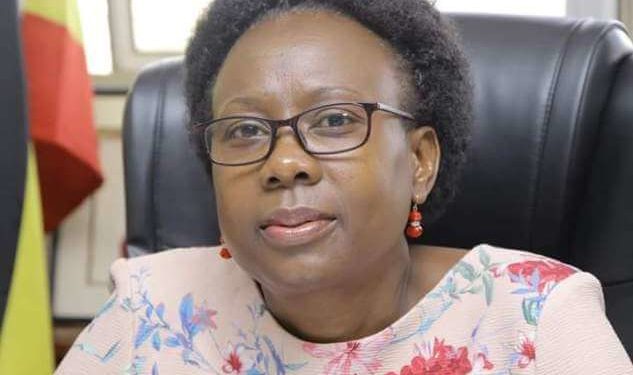 KOLOLO, KAMPALA: President Yoweri Museveni has said the Minister of Health Dr. Ruth Aceng is holding a meeting with other East African Health Ministers to discuss ways in which the community can prevent and control the increasing COVID-19 cases mainly among truck drivers.

“We can see that the frontline is shifting from the airports to the land borders and yet remember we need the cargo to go in and out of the country. Our Minister is meeting with other EAC Health Ministers to come up with preventive and control measures. We are going to sit with the COVID national task team to discuss this,” he said.

The President was on Friday speaking shortly after flagging off a 45 fleet of vehicles donated by several companies and well-wishers to help in the fight against the novel COVID-19. The ceremony was held at Kololo ceremonial grounds.

The President said some of the issues being discussed and which may be put into effect to tackle the border cases include a consideration of removing the turn-boys and only leaving the driver which would help reduce the number of people crossing the borders and the idea of changing crews at the border. This entails changing drivers at the borders after the truck has been fumigated thoroughly by the responsible companies.

He said that this and more measures would be given to the public in detail on his upcoming address of next week on Tuesday.

President Museveni appreciated Ugandans for their donations towards fighting the pandemic and for listening and following the prevention guidelines to prevent its spread.

“My initial announcement did not call for donations but the people spontaneously came out and donated very many things and I want to thank you all,” he said.

The President said he wants to build a crisis fleet for the Ministry of Health of 1350 vehicle to help in any other crisis. He added this would mean that each district would receive 10 vehicles that would only be used when there was a national health crisis similar to the current one. He warned that he would not allow officials to misuse these vehicles.

“These vehicles will kept be after the crisis and will only come out if there is another crisis. I want to create a nucleus for the health response crisis. Remember when we procured graders from Japan? These are the same graders that helped us remove the floating island at Jinja. We did not borrow from anybody but we simply deploy them to do the work. This is the same thing I want for the Ministry of Health,” he said.

The chairperson of the national response fund for COVID, Mary Karooro Okurut appreciated President Museveni for his continuous guidance on the fight against Corona and thanked the generosity of the citizens and well-wishers in fighting the virus.