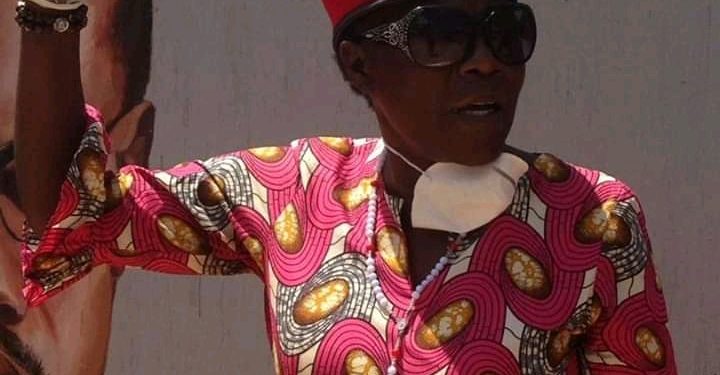 She will deputise Robert Kyagulanyi alias Bobi Wine, who is the People Power leader.

Dr Waru the current secretary, Uganda National Committee for the Prevention and Punishment of War Crimes Against Humanity and All Forms of Discrimination.

The newly introduced group’s deputy head Ms Waru, a former Magistrate, is a full-time activist working to end social exclusion and all forms of discrimination against vulnerable groups, especially women.

She is also a practicing attorney, educator of trainers on alternative and transformative leadership, and mentor.

And in addition to her role on Uganda’s National Committee, she is the Director of Women in Peace Building and Reconciliation and actively involved with the Forum for Women in Democracy (FOWODE), The Association of Women Lawyers Uganda (FIDA-U), Trust for Africa’s Orphans (TAO-U), and Kampala Quality Primary Schools (KQPS), among other organizations.

She’s a lecturer at Victoria University in Uganda and the Executive Director of Zedriga Foundation in Northern Uganda.

She has a Certificate in Genocide Prevention from The Auschwitz Institute for Peace and Reconciliation in Poland and a Certificate in Women and Public Policy from JF Kennedy Harvard University Boston US which she acquired on 2009.

BEN SEBUGUZI: Why NSSF should start investing in agriculture

BEN SEBUGUZI: Why NSSF should start investing in agriculture