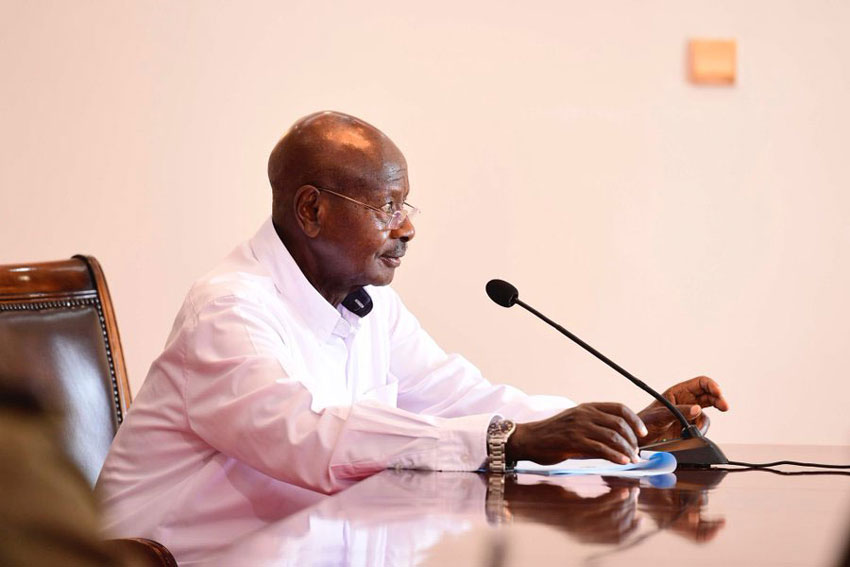 Police in Koboko district is holding four traders on charges of hiking commodity prices against President Museveni’s warning in his state of the nation address on Tuesday March 24.

The arrest followed a tip off by the locals who accused the four of taking the advantage of the current Coronavirus crisis to cheat the public through over charging.This prompted the RDC of Koboko, Capt. Yahya Kakooza to lead a police team to go and arrest the four, who included three Indians and one Ugandan traders who have since been locked up at Koboko Central police station.

Those arrested include owners of Lila-D-Keshwala enterprise, home brother’s investment and Paul enterprise, all from within Koboko Municipality.

By Tuesday evening, a packet of salt at the said outlets was being sold between 2500Shs to 4000 up from Shs700.

“It is true that coronavirus came with different impact but we shouldn’t use it as an advantage to exploit the poor. The people of Koboko never created coronavirus. Why must you hike prices just to fleece these poor people! This is against the law and you will have to face the courts of law,” Capt Yahaya said told Daily Monitor on Tuesday Morning.

The retailers however attribute the high prices to the hike in prices by the wholesalers.Forinstance, a carton of salt went up to 90000 from the usual 21000 it has been selling at.
The sudden price changes especially on salt by wholesalers is greatly affecting retailers as consumers have been scared away by the high prices.

The sky rocketing price changes have hit all the districts of the west Nile, with the Chairman Panyimur Business Community, Mr Paul Kinobe, saying that they decided to close Panyimur market following the directives against big gatherings in turn limiting supply amidst an ever growing demand.
“We have no control over shooting prices of food items since getting food is becoming hard due to the closure of entry points into our Country with current outbreak of corona virus,” Kinobe told Daily Monitor.

President Museveni had on Tuesday threatened to cancel the trading licences of whoever would be found taking advantage of the coronavirus crisis to hike prices of essential goods.

He said he would despatch his intelligence into the various market prices to nab the unscrupulous traders he refered to as crooks, adding that he saw no reason to hike prices including for food which is grown locally.

Alternatively, he said he would organise with the rural producers to ferry food from the villages and have it transported to urban centres to sell at the normal prices, something he said he had ever done before when a similar scenario happened in kampala at one time.

“I will arrange with the NRM cadres from villages and ring food here and forget about these crooks. And it has happened once in the past when some crooks were trying to cause problems here,” he said