by Mubiru Ivan
in National, News
67 3 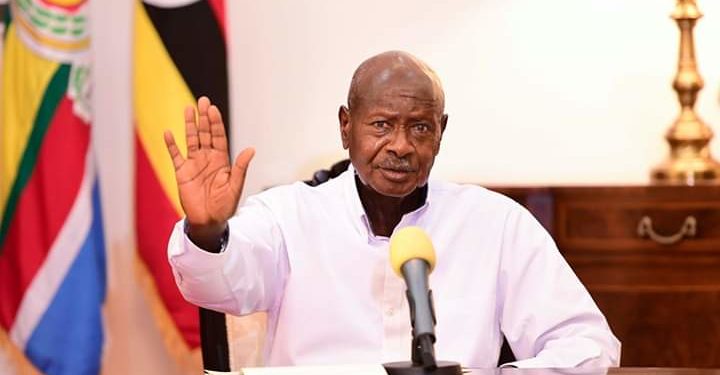 The two ministers were blocked because their spouses had travelled from category one countries but refused to be quarantined. This forced President Yoweri Museveni to refuse them from attending the meeting.

During the meeting, the President said he personally rung pleading with them to stay away for their own safety, his and the rest of cabinet members.

On the same day, the Prime Minister Ruhakana Rugunda refused all ministers from getting closer or send notes/official documents to President Museveni in fear of any possible coronavirus infection.

“It’s something that has caused him great concern and let’s avoid coming near him or passing over to him any official letters or correspondences. Let me also be clear on this too. Today there will be nobody allowed to chase after him after cabinet,” the prime minister said according to Mulengera news website.

The practice has always been that after cabinet meeting, ministers who have burning issues to confide into the President in confidence secure Rugunda’s permission to do so after the conclusion of the day’s cabinet session. But in this meeting, it was a different story.

Rugunda stressed out that the decision was part of the elaborate precautionary measures the President had chosen to take to mitigate any coronavirus risk to his person.

The humanitarian costs of the coronavirus outbreak continue to mount, with more than 372,000 people infected globally. The number of people confirmed to have died as a result of the virus has now surpassed 16,300.

The virus’s proliferation has been declared a pandemic by the World Health Organization, meaning it is spreading rapidly in different parts of the world. More than 180 countries have confirmed cases so far.

The epicentre of the coronavirus is now Europe, with the largest number of confirmed cases in Italy, and death tolls growing more quickly in Italy and Spain than they did in China at the same stage of the outbreak.