Coronavirus: Uganda closes its border with Democratic Republic of Congo 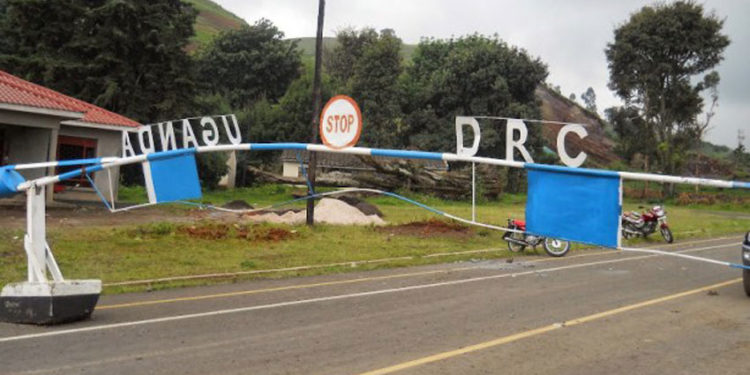 KANUNGU- the Government of Uganda has closed its border with Democratic Republic of Congo on the Kanungu stretch with immediate effect.

This was disclosed by Kanungu District Deputy RDC Emmy Ngabirano on Saturday afternoon while leading a team of security team to inspect Ishasha and Kyeshero border points on the border line.

Ngabirano said that the measure was taken following a Security Committee meeting that came up with the measure after consultations with higher authorities as per directive from the Minister of Security.

The closure of Uganda border comes hours after Democratic Republic of Congo announced that they have registered their first Coronovirus death.

Speaking at the same event the UPDF 2nd Division in charge of Operations and Training Colonel Lawrence Kamusiime warned the people to respect the closure of the border saying that anyone caught doing so will be dealt with accordingly.

Col Kamusiime said that the closure of the border was non political but it had been decided at the wake of the pandemic.

The gathering at Ishasha Border post was also addressed by the 307 Brigade Commander who is overseeing the implementation of the border closing and other guidelines as set by Ministry of Health who said he needed cooperation from the civilian population to ensure that the closure bears good fruits.

He reminded the people that according to the ministry of health guidelines, schools have been closed, places of worship closed and all public places like bars and markets will also be restricted.

Health Minister, Dr Ruth Aceng on Saturday night said the confirmed case is a 36-year-old male resident of Kibuli, Kakungulu zone in Kampala, who had travelled to Dubai on March 17, 2020 for a business trip.

Security on hunt for Kabale Bishop over coronavirus