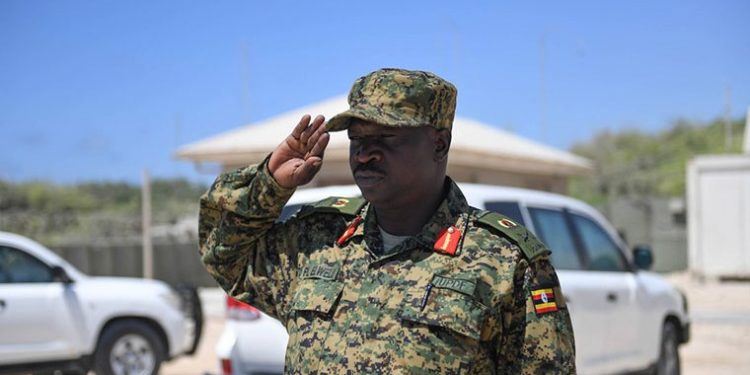 Lt. Gen Peter Elwelu, the Commander Land Forces in the Uganda People’s Defence Forces (UPDF) has dismissed rumours that he is dead or that he was mad.

A local news website that had announced that Gen Elwelu had run mad and that he was at the weekend transferred to Butabika Hospital for medication.

“This world is very complicated. He (whoever wrote the article) has an objective but I wish him all the best. They said I died but I am alive that means I resurrected,” The General,  who holds the fourth-highest position in the UPDF hierarchy – said in an undated video making rounds on social media.

“We wish to dismiss the rumour circulated by ‘The Capital Times’ regarding the health of Lt Gen Peter Elwelu the UPDF CLF (Commander Land Forces),” Brig. Karemire posted.

“There is absolutely no iota of truth in the mentioned article. The contents should therefore be ignored and not cause any anxiety.”

Gen. Elwelu is remembered for his leadership role in the 2016 attack on Charles Wesley Mumbere’s palace in Kasese.

He has since defended his decision to attack the palace, contending that the people inside were all armed fighters.