My people are not so well exposed,says Museveni as he urges American companies to invest in Africa

by watchdog
in National, News
12 0 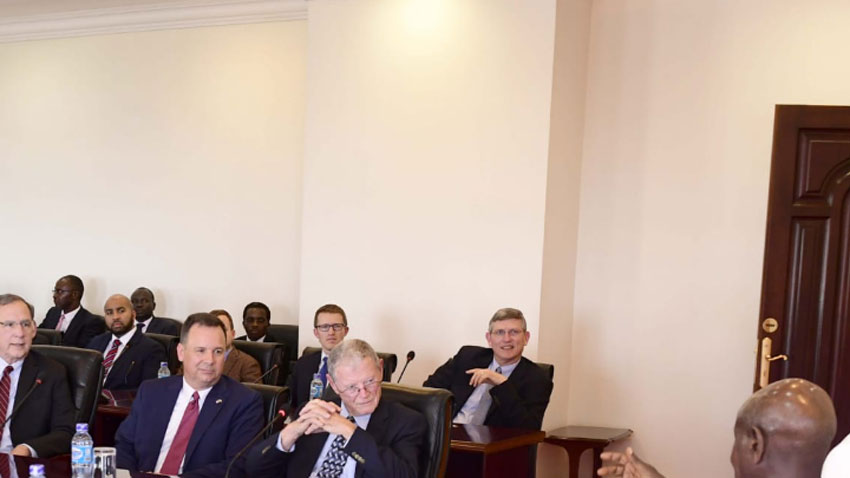 President Yoweri Museveni has urged American companies to invest in the manufacturing sector on the African continent in order to boost the Ugandan and African economies respectively.

“In order to work for global prosperity, we must focus on producers and consumers. So, we must come up with the issue of comparative advantage. You can fill in the gap of industries because our people are not so well exposed,” he said.

Mr. Museveni was speaking in a meeting with Senator James M. Inhofe, Chairman of the American Senate Armed Services Committee, who along with his delegation, called on the President on Monday at State House, Nakasero.

He said that Ugandans have started shifting from subsistence to commercialized agriculture and now there is still need for the country to grow in the industrialization sector for value addition.

Regarding cyber security threats, President Museveni stressed that although technology has helped the world to move faster, it is essential that countries like the United States of America, China and Israel, among others, unite and fight collectively against global threats that come with the advancement in technology.

Senator Inhofe, on his part, commended President Museveni for his inspiring leadership. He said that the relationship between Uganda and the United States of America will continue to blossom.

Police in Kabale District is investigating circumstances under which a Ugandan national was allegedly kidnapped in Rwanda on Monday morning....