URA had for the last two months placed an embargo on the firm’s accounts in United Bank of Africa (UBA) bank due to non payment of taxes amounting to billions of shillings. The accounts were only opened on February 18 2020 after negotiations.
The development comes at a time when a consultancy firm has sued CCECC over breach of Consultancy Service Agreement worth Shs2.7 billion. 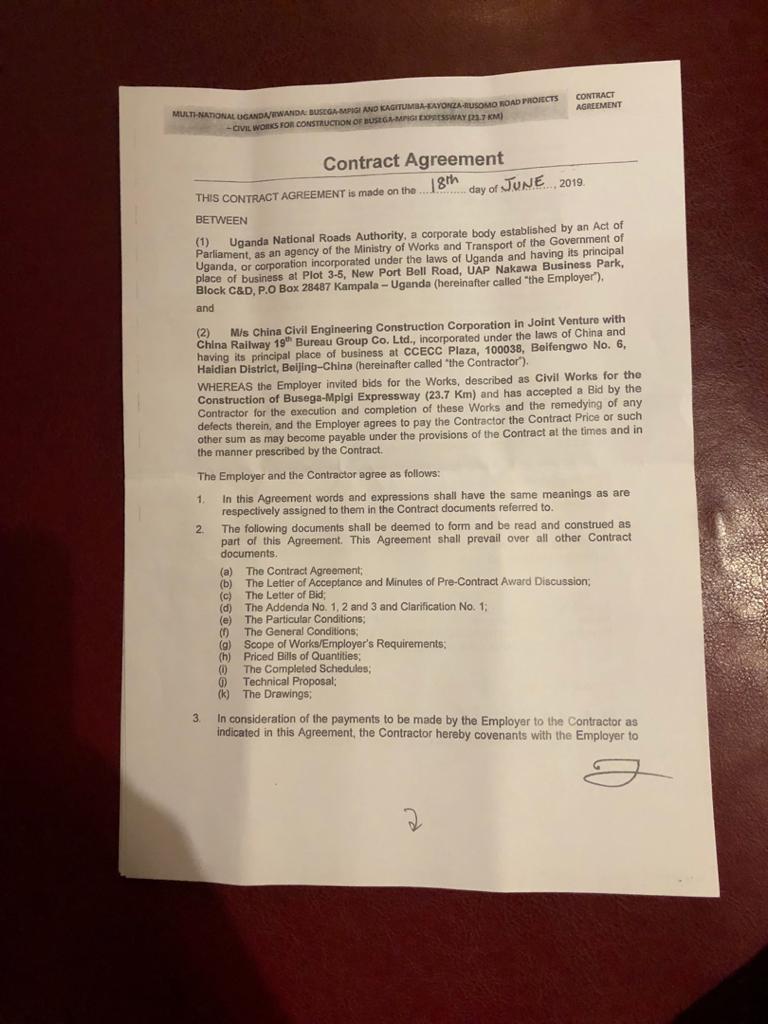 In a suit filed before the Commercial Division of the High Court, Raymfield asserts that CCECC executed a consultancy agreement on March 12, 2018 to enable it win a bid for construction of the Busega-Mpigi Expressway Project.
Acting through Mushabe, Munungu & Co Advocates, Raymfield claims that through its expertise CCECC was awarded the Best Evaluated Bidder notice by UNRA.
The notice was thus an indication that Raymfield had fulfilled its contractual obligation thus qualified to be paid for its efforts.
Court documents indicate that on June 18, 2019, the Solicitor General wrote to the executive director of UNRA clearing the Shs547 billion contract.
On the same day, CCECC signed the contract under the Contract Agreement for Multi National Uganda/Rwanda that would cover the Busega- Mpigi road stretch and another Kagitumba-Kayonza Road Project.
After signing the contract, CCECC embarked on the construction of Busega-Mpigi Expressway Project but breached its obligation to pay a 0.5 per cent of the project value to Raymfield for its consultancy services that had helped the Chinese company to emerge winner. 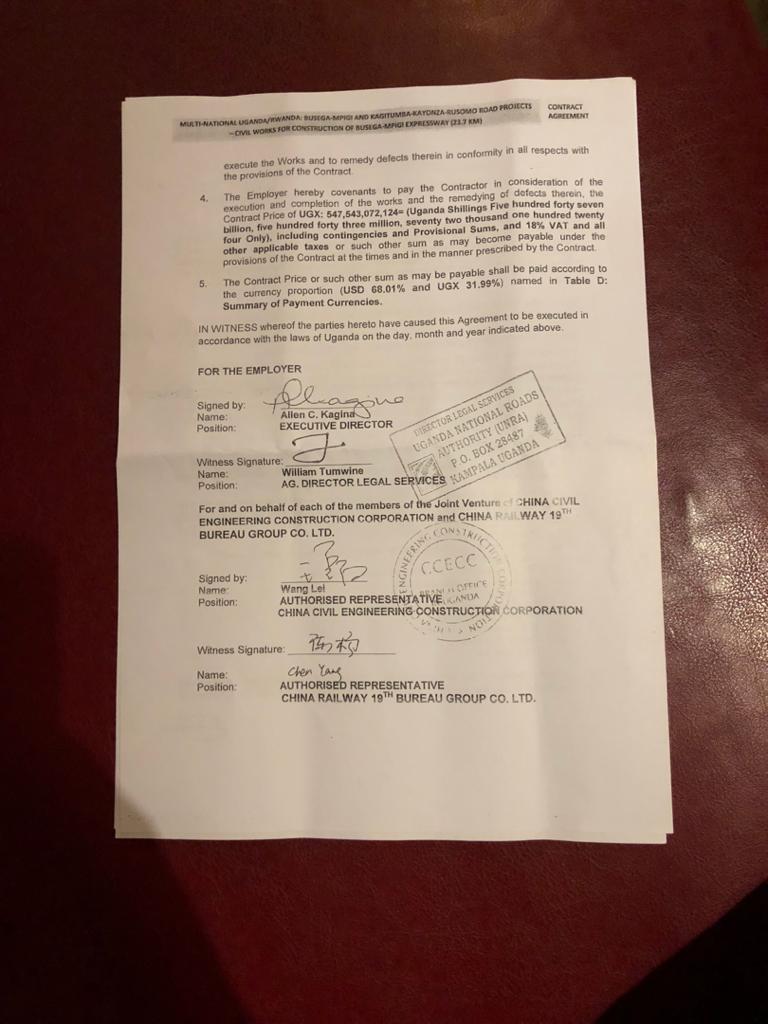 Raymfield contends that CCECC has not only breached its obligation but continues to ignore demand, warnings and outright refusal to pay part for a service dully executed.
Court documents indicate that on December 17, 2019, CCECC was served with a demand cum notice of intention to sue for payment of Shs2.7 billion but was ignored. Other such notices have also been ignored thus affecting Raymfield’s operations.
Price of the project is exorbitant:
During the procurement process, a whistle blower petitioned the Inspector General of Government (IGG) and the Public Procurement and Disposal of Public Assets Authority (PPDA) over the price of the project.
He claimed that the country could not spend shs25 billion per kilometer and requested that the designs of the road be availed to another independent firm to ascertain value for money.
Unfortunately, by the time of contract signing, June 2019 the road design was not available, opening questions to what this company used to arrive at bills of quantities.
Allen Kagina, the UNRA executive director assured the public that this road would commence in three months despite the absence of final designs in the hands of contracts.

It’s now eight months down the road, no signs of the project taking off. This road should be due in three years.