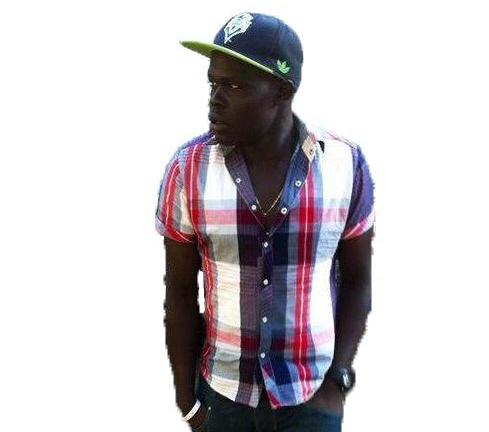 What does sex and football have in common? Someone might ask… and surely the two have little in common.
But not Daniel Ojara, a football passionate Uganda’s national team might never see. Ojara is one of the dreamers whose ambitions fail mid-way to reach their destination not due to lack of opportunity but, because the Ugandan society isn’t ready to accept him for who he is.
Growing up, the 19-year-old wanted to play for the Uganda Cranes, a national team which massive local fans, a dream for every football playing child and youth. National team games fill stadiums, and Ojara’s idols were Uganda Cranes Ibrahim Sekajja and David Obua who inspired love and greatness for this team.
And Ojara was on his way to achieving his dreams since he was a big youth star with un-matched ball abilities.
James (surname suppressed for security reasons) says Ojara was a player, teammates looked up to.
“His future was destined for greatness. Scouts promised him a place in super leagues team as soon as he comes of age,” Then, one day, Ojara disappeared.
Friends got worried about his whereabouts. But there was an elephant in the room.
Emmanuel recalls. “Something came up which twisted his fate.”
“People began complaining that Ojara was gay,” he says, adding, “Ojara had feelings for the same sex and was comfortable with fellow boys.”

However, reports reached coaches, players, fans and the society that Ojara had a sexual relationship with fellow players. This caused a stir in the team management, with some coaches insisting that he should be forced out of the team since he was starting to tarnish the image of the club.
Homosexuality is something abhorred by the Ugandan society. And there were boys who started spreading rumors in the village that Ojara was recruiting others into homosexuality. The reports made Ojara life in danger.
If Ojara had been born in South Africa, or, any other country, which accepts sexual minorities, he would play like any other player and his private life would not bother anyone.
Unfortunately, Ojara being gay, makes his life unsafe in a country like Uganda. It is illegal in the country to be in a same sex relationship. And it even worse to be suspected that you are recruiting others into the “vice”.
Ojara got a rude awakening when in 2014 he was caught redheaded with his ‘partner’ Caesar Okello having sex by a mob of angry residents and a neighbor called Opio. Caesar was attacked and bitten badly, and died from overbreeding as he was being taken to hospital. Ojara managed to escape to save his life during which LGBT friend called Opio James helped him.
With Ojara on the run, many people insisted on hunting for him down so that he can be imprisoned for his actions. It’s from this point, that the police issued an arrest warrantee seeking to put Ojara behind bars. Being gay in Uganda is a death sentence or imprison.
Human rights activists have championed gay rights in the country, and made international appeals, but nothing substantive has changed in the country, which demonized LGBT communities.
For example, Chris Mubiru, one of the most prominent gay personalities is in jail after accusations of sodomy practices and not long ago, David Kato, another prominent gay activist was killed in Mukono in 2011. Ojara thought he was a marked man.
Wherever he is, unfortunately, Ojara’s dream of playing for Uganda Cranes might never come to pass because he is gay. It is also sadder because his talent might along hit a dead end as he goes into hiding. That is another talent whose candle has been buried because of something unrelated to football. Sex!
Ojara was recruited by David Kato group to fight for LGBT community rights.
In 2013 Uganda parliament passed the Anti-Homosexuality bill imposing the death penalty for same-sex relations and “promotion and recruitment” of homosexuality in the country which was deemed to curb a rise in “unnatural sex”. President Museveni in early 2014 signed the bill into before it was invalidated by the Constitutional Court of Uganda on procedural grounds the same year. However, the state still hounds LGBT like the Anti gay law still stands because same-sex relations have been criminalized in Uganda since British colonial times with articles on “unnatural offenses” and “indecent practices” retained in the Penal Code since independence.
“Carnal knowledge against the order of nature” between men carries a maximum sentence of life in prison.

How a boy's destiny turned from cotton grower to communications guru