He first told me to scrub his back! Housemaid narrates how cunning ex-MP Sematimba forced her into sex, making her pregnant 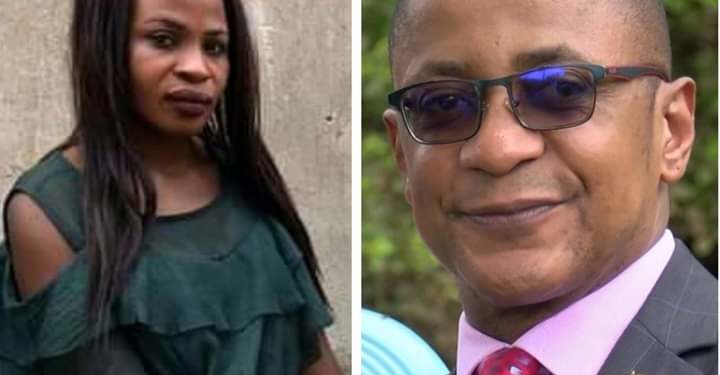 Former Busiro South Member of Parliament Peter Ssematimba is currently locked in an ugly sex scandal after a former maid coming out to accuse him of sexually abusing her.

Sematimba, also former Kampala Mayoral aspirant is said to have hired Namatovu Joan, then only 17 years of age and gradually led her into sex partner.

Namatovu, appearing on NBS TV’s Uncut show on Monday narrated how the sexually experienced politician blindly led her naive mind into an affair she was never willing to get into.

She says it’s Pastor Sematimba’s mother that had recruited her to serve in the politician’s home as a maid in 2005.

At that time, Namatovu states that the family had just lost its previous maid. She alleges that the maid could also have left over the uncontrollable sex libido of the master.

With her the only female in the house, her work entailed serving the master right up to his bedroom. This would later graduate into something sinister, she narrates.

One day, she was shocked when the big man commanded her to help him scrub his back while he bathed.

Unusually terrified, she defied the order. This wasn’t going be the end though.

This was followed by a request for a soft massage after a long day at the gym. She complied!

After the first session, it became a routine. Ssematimba would most of the time lay on his stomach and let the naive under 18 maid do the thing to his back. With all but boxers on.

For all humans all you want but reserve some special respect for the man of God – Ssematimba.

The patience with which he conquered the brain of this little maid is one for the world cup.

From laying on the back, he started slowly changing positions to allow the girl get accustomed to what was coming her way. The new role that would characterise her stay in the house for the rest of the coming days.

“He then removed the panties and asked me to touch his stiff manhood. He then asked me to put off my skirts..,” narrates the teary former home servant.

That was the first day Namatovu witnessed the politician’s heinous unthinkable.

In the long run, she was pregnant and the Super FM proprietor sent her away only to reconsider his actions at 7 months of the pregnancy. He then rented her a house in Zana, along Enteebe Road.

Namatovu says she spent a long time under very hard situations with her offspring but endured it all without wishing to cause her sexual tormenter shame.

Having proved the paternity of the girl child he sired with the maid, Sematimba took his daughter in.

Namatovu is now concerned that she cannot access her daughter yet still she doesn’t trust Sematimba to raise a girl child in his house, partly because of his habit of bringing different women to the house every the other day.

She thus appeals to good Samaritans out their to help her with legal representation in a case where her accidental ex lover is seeking full custody over the child.

It was step by step! House maid narrates how cunning Peter Ssematimba sexually molested, impregnated her

It was step by step! House maid narrates how cunning Peter Ssematimba sexually molested, impregnated her