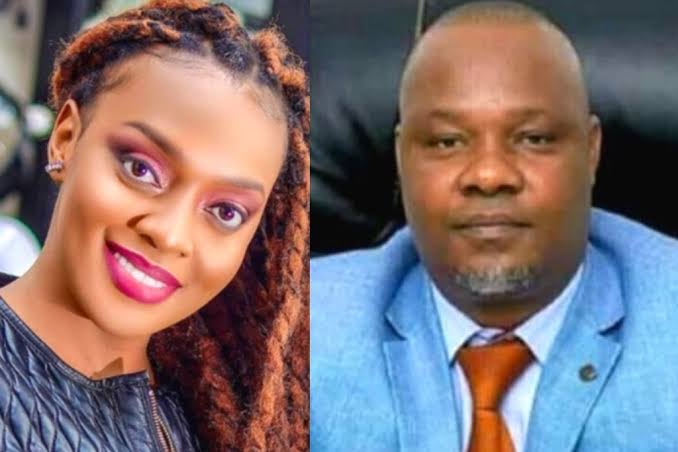 As Christians celebrate the Uganda Martyrs Day today, Masaka based businessman Emmanuel Lwasa has also branded himself a Martyr following the painful experience he went through with BBS TV presenter Diana Nabatanzi.

Before marrying his new bride a one Angel, Lwasa and Nabatanzi had a secret romance which later became public after their bitter breakup. Although Nabatanzi has since decided to remain tight lipped about the whole matter, heart broken Lwasa has constantly used every chance to throw insults at his her.

And through his Facebook page on Thursday, Lwasa shared a throwback video with Nabatanzi who looked very uncomfortable and ashamed to be seen with the businessman. Hee captioned the video saying that he’s a martyr too.

“I am also a martyr. As I took my best friend Diana for a business trip worth millions but couldn’t afford having with me a selfie worth nothing. Men, we are strong. But every man should learn from me that Kampala girls are sluts,” he said.

Lwasa and Nabatanzi had a secret romance for over five years, and according to the businessman, he bought for her a brand new car, gave her a business, paid for her rent and even sponsored her lavish lifestyle but in return Nabatanzi failed to give him a child or even agree to make their relationship official.

Rise above politics and work together – Deputy Speaker Among advises MPs

Rise above politics and work together – Deputy Speaker Among advises MPs