INTERVIEW: TikToker Kingfar shares how the social media app has changed his life 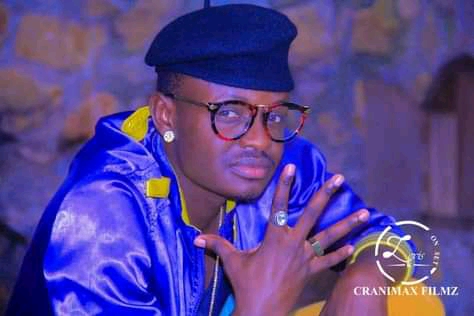 TikTok, a video sharing mobile application has taken Uganda by storm with at least 3 million subscribers in the last 12 months alone.

The trend has not left out entertainment celebrities either. Big names such as Rema, Pallaso, Spice Diana, A Pass, King Saha, Sheeba are some of the popular faces on Kampala’s most trending social media application.

Faizo Muyunga, famously known as ‘Kingfar’, is one of the most popular users of the application, with as many as 69000 followers and over a million visitors who have watched his video content in the last 12 month.

Early this week, our reporter caught up with the Masaka City-based entertainer and shared about his life journey, family, what he does for a living and how his mega presence on tiktok has so far impacted his life.

Ans: My real names are Faizo Muyunga. I was born on 27 July to Mr and Mrs Mujumbi Isaac and Kyamazima Naome in Kyazanga Town Council, Lwengo District.

Ans: I am single and content for now. Before I forget, I also have a beautiful three-year-old daughter from a previous relationship that didn’t lead to marriage.

Q: Can you briefly tell us about your educational background?

Ans: Oh, that one, Ummm. Anyway, I started my primary education from Kyazanga before moving to Mbarara for my O’ and A’ levels. I then joined Kampala University and graduated with a Bachelor of Arts in Mass Communication.

Q: You are already a celebrity on Tiktok. How long have you been on the app?

Ans: It’s now a little over one year. I joined on 25 April last year to fend off the coronavirus quarantine induced boredom.

Q: Besides Tiktoking, what do you do for a living?

Ans: I am an events organiser, a DJ working with a series of clubs in Makaska as a guest DJ, a video content creator and editor, a film producer, an MC hired to speak at all sorts of parties including traditional marriage ceremonies, an actor, a writer and a farmer. I live in Masaka from where I do most of my work save for farming which I do from Kyazanga. I have a farm there where I grow crops and rear animals.

Q: You said you live in Masaka. Why Masaka and not Kampala?

Ans: I was once in Kampala but things didn’t move well. So, I thought to myself: why can’t I go back to Masaka and set a strong foundation before I consider a strong come back to Kampala. I did just that and I don’t regret it. I have been able to do a lot from here to the extent that if an opportunity opens up now I’m Kampala, I feel more than prepared for it.

Q: Would it be a dream come true if you were invited to take up a job in Kampala?

Ans: Why not? I have toiled all the way just to get recognized at a bigger stage and if it comes, I would be more than thankful to Allah. But I am not seeing it is bad here. I am equally enjoying it but an opportunity is an opportunity as long as it’s bigger than the one you have at a time. Then you can’t say no.

Q: You said you once lived in Kampala. What were the challenges and opportunities that you saw here that you feel prepared to face now?

Ans: Competition. The sweet competition in Kampala. It’s both an opportunity and a challenge at the same time. It is good because it lifts your weighing scale as you weigh yourself against the very best in the country and this creates room for improvement. When you are in other parts of the country, with due respect, you sometimes relax since you at times find yourself competing against yourself. The high cost of living is also a challenge unlike in other parts where you can even eat from the garden.

Q: What’s your major dream as a comedian/entertainer?

Ans: Dreams keep changing. It’s a one dream at a time mentality for me. But as of now, I would say performing at Alex Muhangi’s comedy store would make it for me. I need such a big stage to showcase my talent for the world to see me. And that’s every artiste’s dream. To be seen and appreciated.

Q: How have you benefited from your big presence on Tiktok?

Ans: Personally, there are many benefits. I don’t know how another person would take it but this is my judgement. First of all, Tiktok has made me a celebrity. People have gotten to know in in measures I only dreamt of. One time I was walking on the streets of Kampala and I couldn’t make 20 feet before someone calls out my name. It’s unbelievable. It has also made countless friends all over the world. I receive messages and calls fr Ugandans all over the world appreciating my work. It is so energizing.

Besides that, TikTok has also helped to boost my following on my other money-making handles like Facebook, Twitter, YouTube, Instagram where I advertise my businesses and services. As an entertainer, I receive at least ten bookings through my social media channels courtesy of the TikTok content I post. I do birthday parties, I am DJ, I am an events Emcee, a writer/ composer and most of the work is got through social media.

I have also received offers from several big-name artists asking me to do TikTok challenges in their songs and they have always done well.

Q: Which challenges have you encountered while using the application?

Ans: I wouldn’t say they are challenges but maybe some minor problems in its usage. First of all, by the time I joined the app, not many people were using it. There was nearly no Ugandans content on it at all. The only skits you would find there are from the works of comedians Teacher Mpamire and Anne Kansime and they were also done by foreigners. But since my target audience was local, I started manufacturing local content beginning with Kadongokamu. It did wonders and people lived it. As the app grew popular, I had already been identified with that kind of content and so decided to specialize in local content. I now have a better rating than most big-name musicians in the country and I am grateful. It also came with the fame I was not prepared for and it turned into a challenge to me. One time, a lady from Dubai paraded four children in a photoshopped image with me and claimed I had deserted them and neglected my responsibilities as a father. I was broken because it wasn’t true. It took me a very long time to convince my followers it was mere dramatic propaganda. Now I have copped up.

Q: As an artist, what’s the biggest stage you have performed to date and when was that?

Ans: It’s in a social drama on Bukedde TV. It’s called ‘ Ndooba, the untold story and it’s currently playing every Monday and Thursday from 6:30 pm. I am an actor, a co-director and a producer for the play.