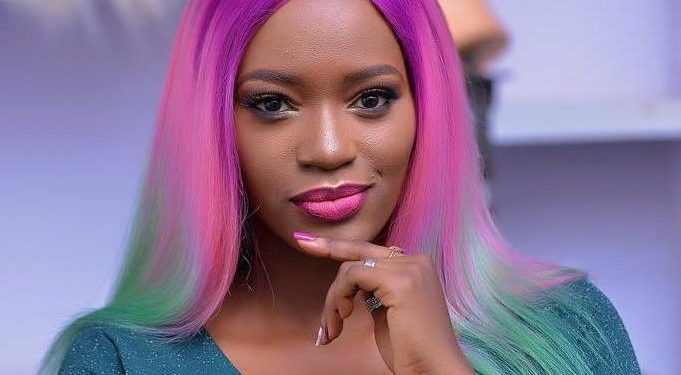 Spark TV’s Caroline Marcah Mirembe has reportedly been fired from the Serena based television station.

The media personality is currently on job hunt after Spark TV found better hosts for her two shows.

First, Marcah was replaced with singer Flavia Mawagi on the Live Wire recap TV show but then, everything was alright for her since she was still hosting Spark TV’s Lunch entertainment show dubbed Cheza.com.

But now rumours have it that Marcah has been officially sent packing after the management finding a better replacement for her on Cheza.com too. The new show host is  former BTM presenter Kheem GK.

Marcah has been hosting Cheza.com for about two months now after replacing Mr Mosh who left the station to focus on his political career. But apparently Marcah didn’t impress her bosses enough thus throwing her out on the streets.

The TV host has been making headlines for weeks now after rumours of her secret romance with NBS TV After5 show co-host MC Kats went viral.

Although both parties say they are only good friends and nothing more, social media in-laws are not convinced since there can’t be smoke without fire.