by Catherine Apolot
in Entertainment, Showbiz
9 0 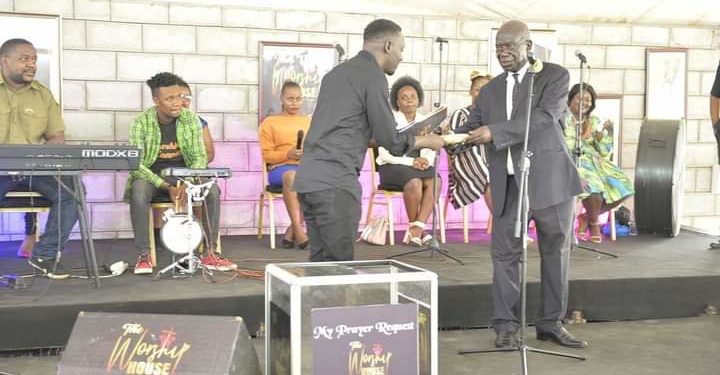 Over 200million shillings in cash and pledges has been raised at a fundraising drive to build the church structure for The Worship House Church in Nansana whose lead shepherd is Pastor Wilson Bugembe.

The fundraising drive that attracted Christians from Uganda, South Africa and Kenya, was presided over by Vice President Edward Kiwanuka Ssekandi who also contributed 10 million shillings.

The Vice President said it is a noble obligation of all believers to contribute to building places of worship and which he termed as an immeasurable investment both of earth and in the next world.

Ssekandi hailed the spirited efforts of Pastor Wilson Bugembe to change the life styles of the youth engaged in uncouth behaviour like drug abuse and reforming them to becoming better citizens through paying their fees and starting them into various economic activities.

Pastor Wilson Bugembe thanked all believers who have continued to contribute to expand the land on which the church will be constructed from the original quarter an acre that they begun with.

He said that the Lord has tested Him in various ways from when he begun singing worship rhymes to when he got a calling to begin preaching the word of God.

Pastor Bugembe called upon government to lift the ban on the numbers of Christians attending church services and said that people who flock the worship places cannot be sent away and come with different challenges that need counsel.