Forget about Kenya’s Sauti Sol or Nigeria’s Alternate sounds, Abeeka fuses the art of Live band music performance with our usual circular music to bring something new to our ears, while maintaining the art, quality and uniqueness that band music is known for.

by Allen Kisakye
in Entertainment, Showbiz
20 0 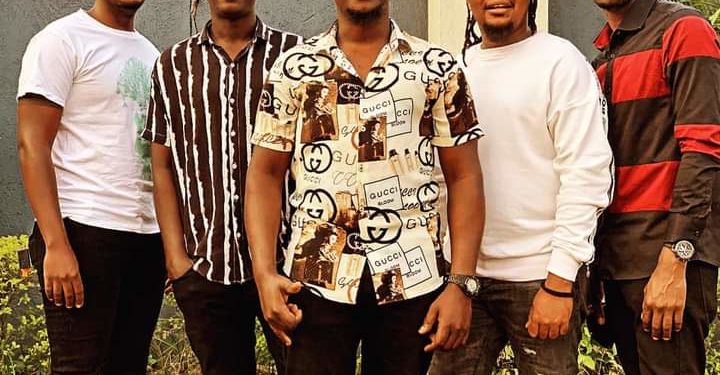 Have you ever desired to dance paka chini on a band music song, just like you do with ‘Tumbiiza sound’, ‘Kachumbali’ and the likes? Well Abeeka Band is here to fill that void.

Abeeka is simply a Luganda word meaning homies, or people from home and this band chose to use this name because it identifies them well with their Ugandan fans across the globe.

The band is composed of five members, (Kevin Sekasi, Pages, Dr Tre, Allan Okia and Michael Sebulime),and these boys were initially part of the Janzi band, till when they felt a need of bringing something new to the music scenes.

And on January 20, 2021, something new was born in Uganda’s entertainment industry called Abeeka Band.

Forget about Kenya’s Sauti Sol or Nigeria’s Alternate sounds, Abeeka fuses the art of Live band music performance with our usual circular music to bring something new to our ears, while maintaining the art, quality and uniqueness that band music is known for.

During an interview with Watchdog Uganda, the band acknowledged Janzi Band, saying it was a good home for them, for it nurtured and helped them make friends, connections, improve on their experience among other things, but time came when they felt a need of doing something different.

For those who aren’t familiar with Janzi band music style, the group does mainly Afro-fusion music, a traditional kind of music style which talks about historical things.Their originals are basically folk-music-kinda (traditional stories of back in the days).

Since they are youths, the boys (Abeeka) saw a need of creating a new music outfit which can relate with all age groups. 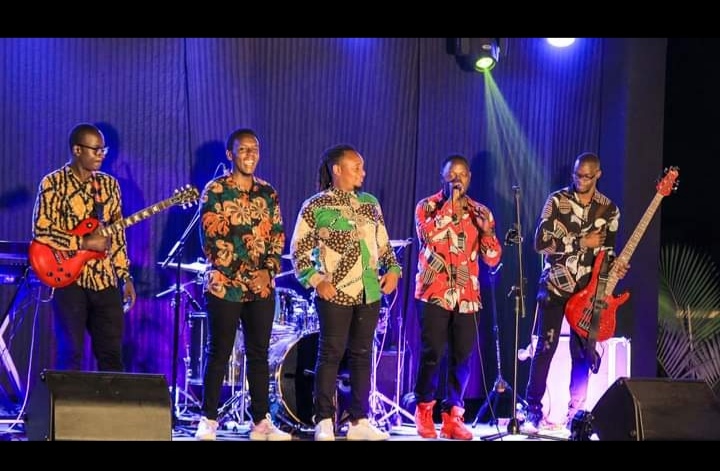 “We want to do new generation music; we want to sing about love among other topics the youth want. The nature of music we want to do is a kind one can play at weddings, bars, birthdays, graduation among other social events, but still fits in festivals and corporate events like how Janzi does,” they said.

When asked why they chose to establish a band during this Covid-19 ‘hard’ season, when the industry has been under lockdown for almost a year, Abeeka said that waiting can not solve the problem.

“We started this new venture during this period because waiting doesn’t solve the problem, the earlier the better because we wasted a lot of time, we over delayed to implement what had thought about.”

“The hard times which we spent without working gave us a lot of time to think about this and also plan for Abeeka. Earlier we couldn’t do this because we were working all the time.”

Abeeka shared that when they were still part of Janzi band, they used to perform everyday and were okay with it.

“we couldn’t see the bigger picture, we could see what we were getting everyday, but when we entered Covid-19, four months without working, we started to look at the bigger picture and that’s when we planned for Abeeka.”

Although there are some financial challenges, Abeeka Band pointed out that their biggest challenge is many people still think they are Janzi Band when they are seen on stage, but they are optimistic that with time people will adjust to Abeeka.

Currently ,the band is in preparing for their debut projects which they are working on in several studios, like Swangz Avenue, AO records among others.They are looking forward to working on collaboration with other musicians like Afrigo Band, APass, Maddox just to mention but a few when the time Is right.

If you want to catch up with their performance, Abeeka performs at Karibu Grill Bugoloobi on Wednesday at 6 pm to 8 pm, and at Cream Hotel Kyaliwajala on Sunday in a dinner setting kind of gathering.

Kevin Sekasi UG: He plays the drums and backs the lead singer. He is also the music director of the band and has worked with several musicians like Isaiah Katumwa, Afrigo Band, Radio and Weasel among others.

Michael Sebulime: He is the lead guitarist of the band.He studied music theory at Makerere university and has played music for almost seven years and has worked with several musicians.

Okia Allan: He is the producer of the band and plays the bass guitar.He has also worked with other artistes who include Bobi Wine, Juliana Kanyomozi, Bebe Cool, Aziz Azion and Maddox.

Jimmy Lubwama aka Pages: He is the lead singer of the band. He gained fame after competing in the Coca-Cola rated next singing competition where he was among the top finalists. Pages has worked with several musicians who include Maddox, Winnie Nwagi among others.

Muhumuza Trevor aka Dr Tre: He is the Keyboard player of the band and has worked with artistes’ life APass, Maurice Kirya, Lilian Mbabazi among others.