by Allen Kisakye
in Entertainment, Showbiz
22 0 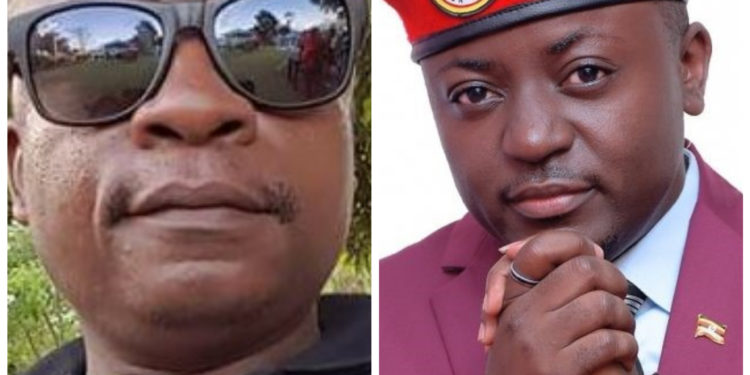 Dembe FM’s Eddie Ssendi is still not convinced that his co-worker Jacob Akunguzibwe aka DJ Jacob won the Bumanwaya Chairperson LC3 seat in a fair and square manner.

Ssendi during their Talk and Talk show a few months ago, prophesied that his workmate DJ Jacob was not going to win the Chairmanship race, thus advising him to go back to his home village and contest from there.

But Ssendi’s prophecy didn’t no come to life after Jacob came out as victor in a race which had six competitors.

Not ready to eat his own words, while speaking during an interview on NBS TV’s Uncut on Friday, Ssendi said that he doesn’t believe that Jacob won the election free and fair, rather the results were manipulated and alternated.

According to Ssendi, results showed that Jacob was coming in third place after National Unity Platform (NUP’s) Ferdinand Bbale, and DP’s Kyobe Haruna but to his amusement, the third runners up (Jacob) was announced a winner.

Ssendi further said that he will not congratulate Jacob following this ‘win’, until the court ruling, being that NUP’s candidate already took a case to court to dismiss Jacob’s win.

However, Jacob isn’t bothered at all, as he said that he is ready to face anyone in court because he has all the declaration forms from all the polling stations in Bunamwaya, showing him as the winner.

DTB VS HAM: DTB to carry own cross as Bank of Uganda exits Shs120bn fraud case

SAASI MARVIN: Here are the strange things happening to Bobi Wine’s petition at the Supreme Court

SAASI MARVIN: Here are the strange things happening to Bobi Wine's petition at the Supreme Court