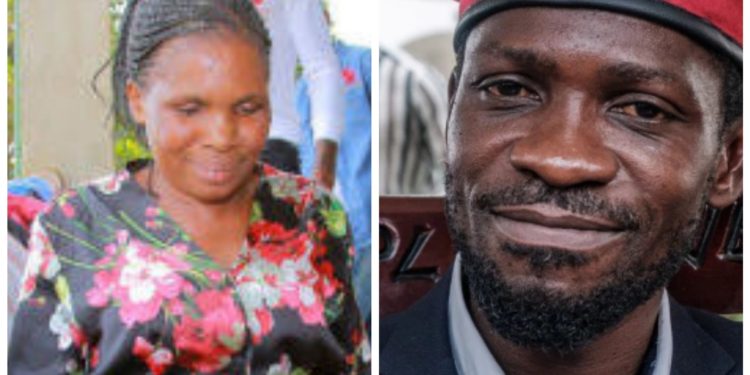 Kyagulanyi alias Bobi Wine was the first runners-up in the January 14 polls which were eventually won by President Yoweri Museveni. Mr Wine has however since run to court seeking the results of the election to be annulled on account of gross violations of the law among others.

For Kasuubo, who began by appreciating the popstar-cum politician, she hailed him for standing with the aggrieved family since the death of their loved one three years ago. She also used the occasion to convey her sympathies to the outgoing Kyadondo East MP over his loss.

” As for my son Bobi Wine, I want to congratulate him upon successfully participating in the elections. Although he didn’t win, I only ask him to trust God for another chance in future,” She said.

Surprisingly, she used the same occasion to congratulate President Museveni the victor in the polls whom she equally hailed for his outstanding contribution to the family after the loss of their loved one.

Mowzey Radio, arguably one of the finest singers in the country of all time was injured in bar brawl along Entebbe road in January 2018 and died at Case Hospital in Kampala nearly two weeks after being admitted to the facility.