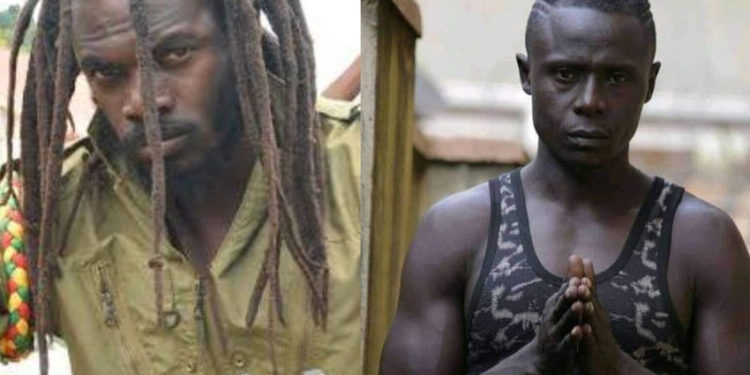 Recently in a viral video, the Presidential envoy to the ghetto Mark Bugembe aka Buchaman and his crew were seen beating up Rocky Giant for allegedly calling himself a ghetto president.

Given the attention this video attracted, Rocky Giant decided to keep a low profile till on Wednesday when he finally got the strength, and record a video to tell his people about what really happened.

In the video, Rocky Giant stressed that he narrowly escaped death given the way he was assaulted and tortured. He further thanked God for his life given that many of his fellow entertainers like Mowzey Radio, Danz Kumapeesa, AK 47 among others died in the same scenario.

“I am very happy to be in front of your faces again, I was kidnapped, wrongfully judged, accused, assaulted and I almost died, but that is the world,” the struggling singer said.

Although he didn’t share what he will be doing to get justice, Rocky Giant thanked people who were touched by his situation and offered to help him.

Last week, Buchaman denied laying a finger on Rocky, claiming that he was beaten by Ghetto youths for calling himself the ghetto president.

“People in ghetto are always high, you talk nonsense and they immediately give you an uppercut. Rocky was beaten by ghetto youths for saying that he is the ghetto president and that he has money to give them. After beating him, they brought him to my place to raise the concern but my people were already mad and I couldn’t do much for him,” he said.