by Allen Kisakye
in Entertainment, Showbiz
39 1 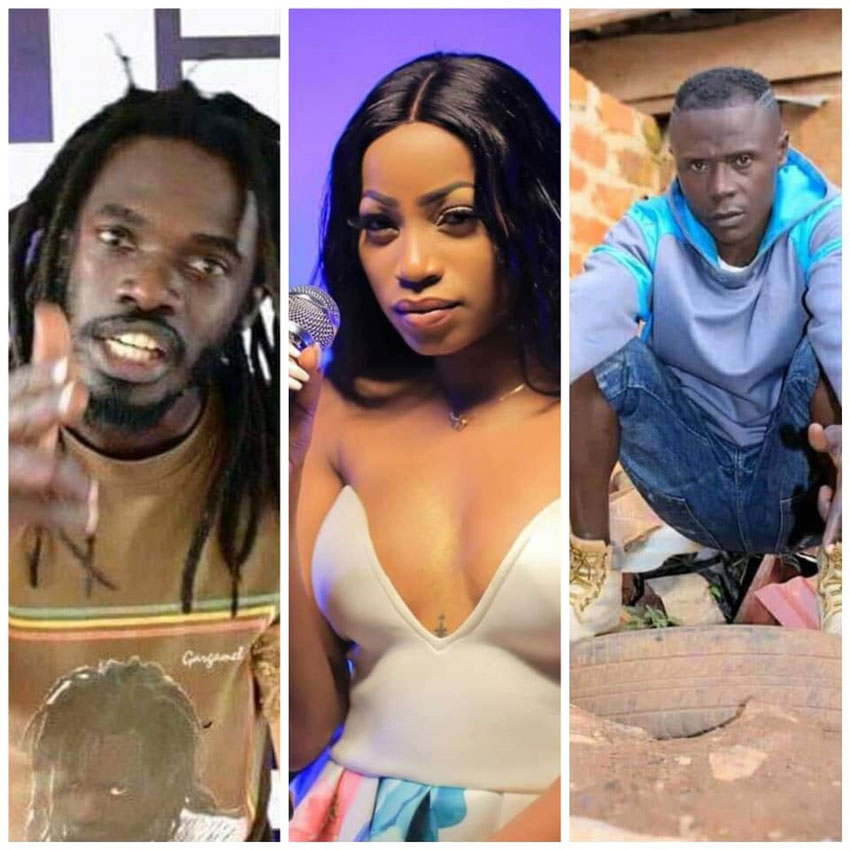 It’s rare for Team no Sleep singer Sheebah Karungi to come out and speak about certain things, but possibly she was touched by the violence her fellow singer portrayed in a viral video.

In a video that is making rounds on social media, the self proclaimed Ghetto president Mark Bugembe aka Buchaman was seen beating up his fellow singer Rocky Giant allegedly for calling himself a ghetto president too.

Buchaman together with his angry mob forced Rocky Giant to sit down as they humiliated, beat him up with sticks and poured cold water on him, while asking where he got the permission to call himself a Ghetto president.

“Do you know what we do, can you stand or do what I do, how can you go around to call yourself a ghetto president,” the furious presidential advisor inquired before slapping Rocky Giant on the head.

The struggling hiphop star famed for songs like Ngoma Nene, Paka Last, Nani Wuyo among others, Rocky Giant who seemed so intimidated and scared started stammering in fear as he let Buchaman and his gangsters get away with their violent actions.

But through her social media page on Wednesday, Sheebah decided to make her voice heard as she advised the Buchaman never again treat his fellow musician the way he did.

“This is no way to treat a fellow artist, Rocky Giant. I hope you are okay,” she shared.

A few years after Bobi Wine real name Robert Kyagulanyi took on a new role as the Kyadondo East Member of Parliament, Buchaman announced himself as the new Ghetto president being that he was Bobi’s vice.

“Since I have been the vice ghetto president and the president has left us for another role, am now the new ghetto president,” Buchaman said a few years ago, despite being opposed by many Ghetto youths.