by Mubiru Ivan
in Entertainment, Showbiz
10 1 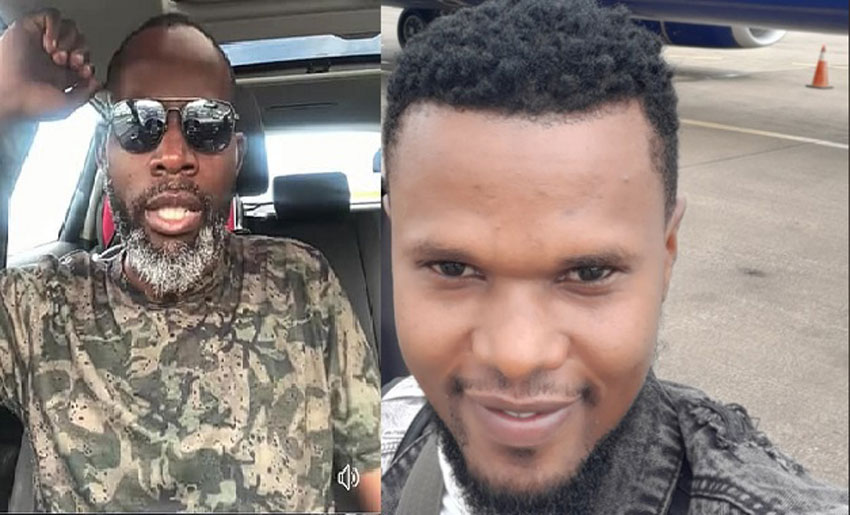 Former People Power social media blogger Ashburg Katto is all scared to the bones after receiving death threats from a one Kojja Omugezi.

In a Facebook post on Monday, Katto who recently defected to ruling party NRM disclosed that his life was in danger before calling upon events promoter Balaam Barugahara to pass on his case to the Inspector General of Police Martin Okoth Ochola and his deputy Muzeyi Sabiti to come for his rescue.

“Uncle Balaam Barugahara do you recall the story I told you about yesterday?? Katino things are serious and the worst has gone to the West. I can’t hide anywhere coz the world feels smaller 😭. I can’t move, I can’t run I can’t breath I can’t live properly. All am left with is to pray that I get justice if I perish just like that. 🙏 (Please pass my case to the IGP and the Deputy IGP) To the Uganda Police Force, I have proof and evidence of death threats. Where should I hide? Where should I report my case? At least you will have a lead if anything happens to me,” Katto posted.

Adding, “These are not just threats…. Here is the man who’s not afraid to end Ashburg Katto’s life. He has been sending me these threats until when i sensed real danger. Goons came at my door in the night only to be saved by my neighbour’s dogs and the askari….. At first i thought it was this usual robbery not until i got more of these warnings and death threats.”

In a whatsapp voice note shared by Katto, Kojja Omugezi is heard telling the blogger to be careful while working for the regime and that he will deal with him.

“Me I don’t hide, I got information that NRM and ISO are using you to do their work on social Media. But let me tell you Ashburg Katto, by resembling Rwandans doesn’t make you one of Museveni’s relatives….If we prove that indeed your doing some inside job for the regime, we shall deal with you. Recently you claimed that I want to kill, this time its going to become a reality,” Kojja Omugezi threatened Katto.

To him this was to serve as a punishment to the singer for supporting NRM.

“I have managed to find the address and full names of Bebe Cool’s mum, next is I am sending her an ultimatum to whether speak to her wasted son or she faces the consequences,” He said in a Facebook post.

After the Facebook warning, Kojja Omugezi who lives in Ireland also went ahead to send whatsapp messages to the ‘Nkuliyo’ singer threatening to rape his wife in front of him.

“I will show you how to f**k Zuena properly. We shall f**k your wife right in front of your eyes. When my mission is done I will remind you,” said Kojja Omugezi.

He further revealed that he would have accomplished his mission long time ago but his bosses are too kind and patient.

“Just wait a little, you’re going to regret why you were born. Something you and your family will never forget. Open your eyes wide. We are following you.”

Fire Merjeed Anguiza: Are boda bodas the cause for Kampala's traffic jam problem or solution?

Fire Merjeed Anguiza: Are boda bodas the cause for Kampala's traffic jam problem or solution?

Governor Mutebile’s brother says he will never fight in Parliament