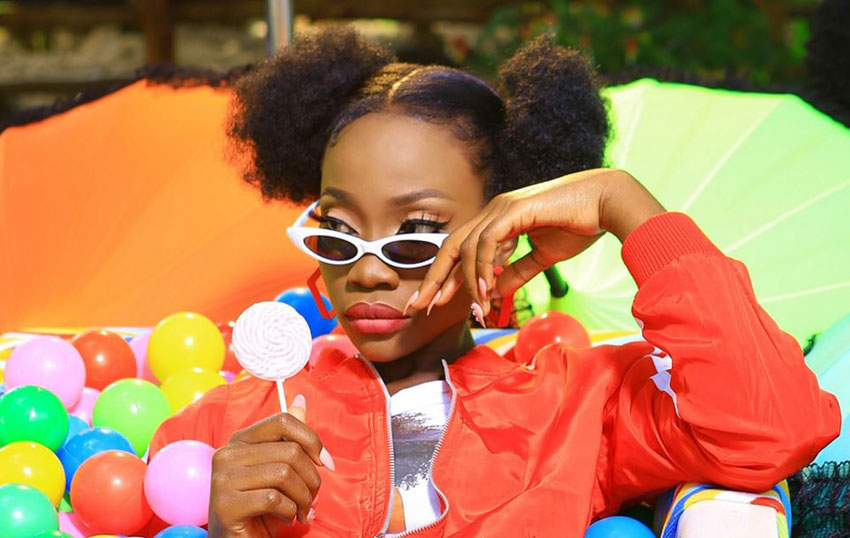 Rapper Racheal Mirembe aka Recho Rey is finding it hard to cool her flaming fans after she fired her long-term manager.

On Wednesday, Recho released a notice confirming that she had officially parted ways with Arnold Sempijja aka Apple who had been managing her career ever since she joined the music industry.

Through her issued legal notice, Recho noted that they parted ways because Apple was no longer in the same margin of business.

However, her unforgiving fans branded her as ungrateful, cruel, forgetful among other things, as others started predicting her future downfall, pointing out several once ‘big artistes’ who collapsed because of firing their managers.

But Recho wasn’t ready to give them any time of the day as she quickly took it to social media again and advised those who want to leave because she fired Apple should leave.

“Its in these hard times you either stay with me or you leave, I love you my fans, Respect,” Recho said.

Mugabiire Daniel: That’s what is killing young talents, after you have made little progress you chase a manager. Good you have seen you, End of you.

Buyinza Andrew: if this is the new management then the music industry will not see you anymore.

Wizzle Wakanda: Recho you are my friend but this is a bad idea mama, you lied a lot, after all this time he has put you where you are but easy.

Edward Vybes: Recho Rey you are nothing, you should respect managers because he has been there for you, you should learn how to respect people because you have nothing to do in this industry.