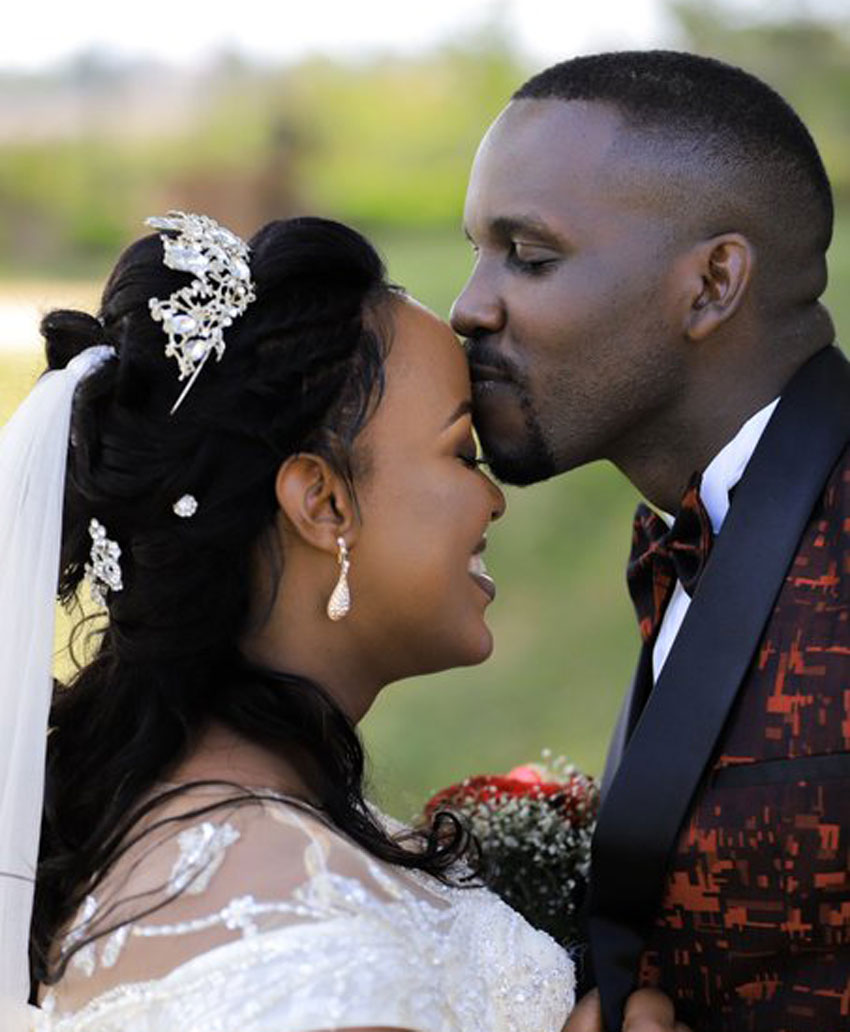 Joel Ssenyonyi with his wife

People Power movement Spokesperson Joel Ssenyonyi has revealed the tricks he used that enabled him to remain a virgin for 33 years, till when he finally found a perfect woman.

During an interview with Nbs Uncut on Tuesday, Senyonyi said that they have been prayers since day one, because being a virgin at 33 years was not easy as it had been filled with lots of temptations.

Senyonyi asserted that he always prayed so much to God to help him bed only one woman who he will finally get married to, eventually the ‘King of Glory’ heard and answered his prayers.

“I am born again but not that too holy as many might think and I have always prayed to God so much and asked him to help me so that I bed only a woman who I will marry, and eventually he heard my prayers though there have been so many temptations. It’s not easy to turn 33 years old while protecting yourself,” Senyonyi said.

In 2017, the former NTV Uganda new anchor shocked the nation when he said that he was still virgin, but it all changed after he got married to his fiancé a few weeks back in a glamourous scientific wedding.