by Mubiru Ivan
in Entertainment, Showbiz
44 2 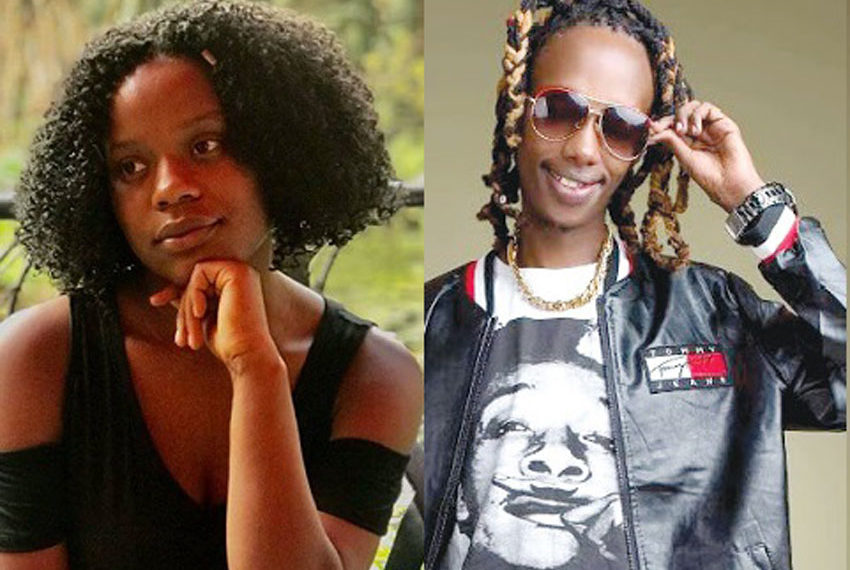 A Facebook user identified as Leilah on Saturday accused renowned rapper Feffe Bussi of impregnating and infecting her with HIV/AIDS.

In her Facebook post, Leilah claimed that she met the self-proclaimed smallest rapper on land at H2O Club in Kololo six months ago where he revealed that he was in love with her.

She further alleged that later the singer took her to his home in Munyonyo before the couple involved in a romantic relationship.

“When I got pregnant he promised to take care of me but time came when he is not picking my calls. I decided to keep quiet because I never wanted to tarnish his name but now I have reached to the maximum, the guy is not responding to my calls since I got pregnant yet I have no one to take care of me.” Leilah claimed in a statement she posted on ‘Love Stories’ page.

“I even tested positive for HIV. I have nowhere to to live please help me share this message to him. If he refuses to respond I’m going to publish our message chats,” she threatened. 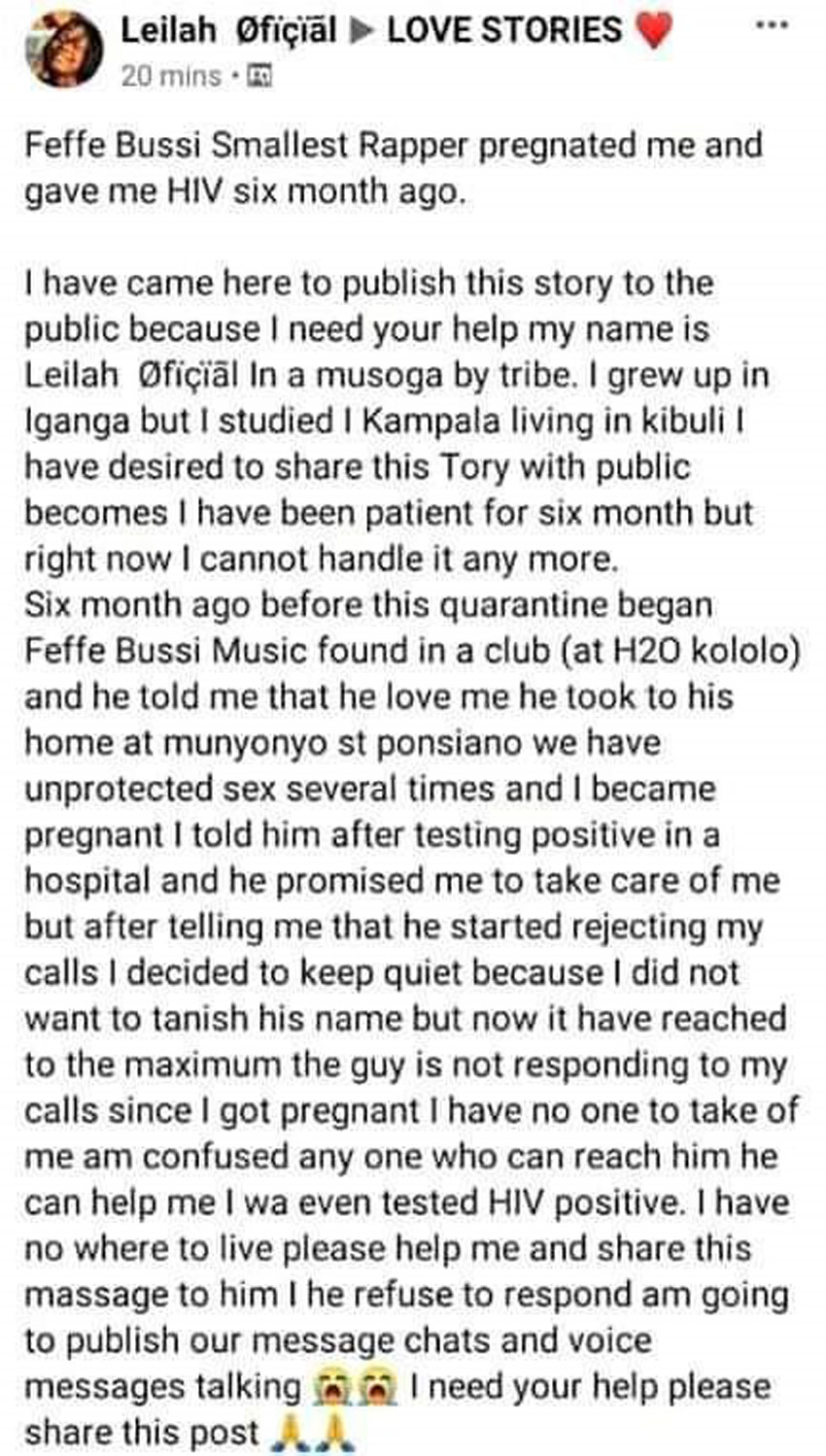 However, a few hours later, Leilah made a u-turn by claiming that her Facebook account was hacked and that she had no idea regarding the whole issue.

Feffe Bussi is yet to respond on the matter.

Coronavirus: UPDF soldiers on spot for brutalising journalists on duty