by Mubiru Ivan
in Entertainment, Showbiz
46 1 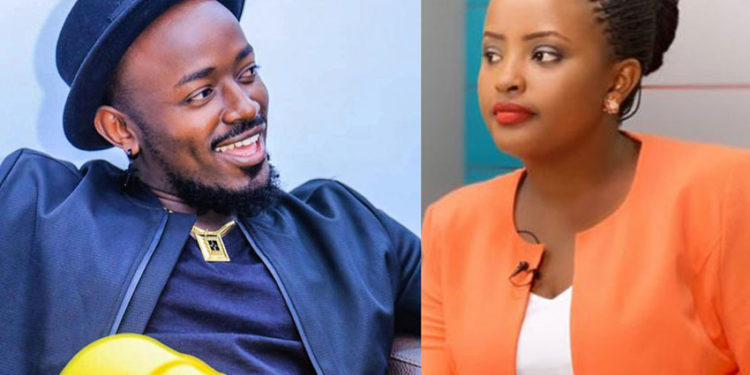 Despite being ignored by NBS TV’s Sheila Nduhukire for a long time, singer Wycliffe Tugume famously known as Ykee Benda is not about to give up on the beautiful news anchor until she accepts his love advances.

For months now, Ykee Benda has been trying so hard to prove his love to Sheila and last month he poured his heart out as he met the media personality during NBS TV’s Katchup show.

“Oh God! she waited for me to come through.” He later posted on his Facebook page after meeting his crush.

As a show of excitement, the ‘farmer’ singer also vowed to write three songs in praise of Sheila. “Tomorrow I am writing three songs. The best songs of my career. Wait for them.” he disclosed.

Now, Ykee Benda has gone an extra mile to prove that he really needs to win over Sheila’s heart after revealing that she is his dream wife and that he is ready to visit her parents to make it official.

“I have watched her on TV for some time, I am single myself and I am sure she is the kind of person I want. I need to meet her parents and lay my intentions bear,” Benda said during an interview with NBS TV’s Uncut show.

The singer claimed he has already told Nduhukire of the same and she is aware.