Ashburg Katto: Me and Balaam have told President Museveni not to give Big Eye a single coin

by Mubiru Ivan
in Entertainment, Showbiz
27 1 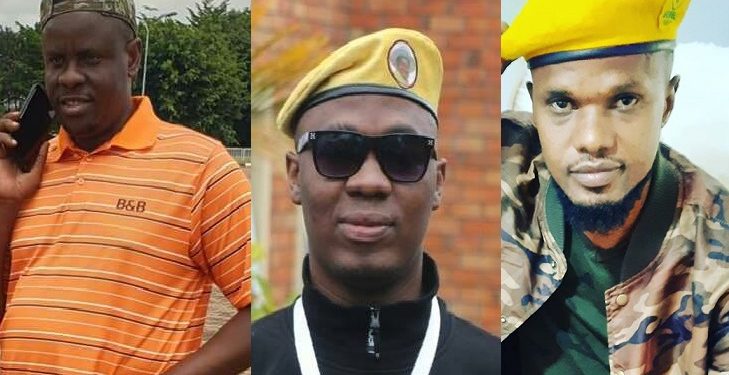 Renowned social media blogger Ashburg Katto has revealed that him together with events promoter Balaam Barugahara have advised President Yoweri Museveni not to give any single coin to musician Ibrahim Mayanja alias Big Eye.

In his Facebook post on Thursday, Ashburg said for some good days now, they have been trying to find ways on how they can help Big Eye who is currently facing financial constraints but they have failed to assist him because they don’t feel convinced that he needs any financial support.

“Therefore we conclude our monthly report to the President by assuring him that Ibrahim Mayanja deserves no single coin… Not even the Obote coins,” said Ashburg who recently crossed from People Power political movement to ruling party NRM.

After failing to mobilise financial support from NRM, the party he passionately subscribes to, early this week, Big Eye decided to change course of action by threatening to sue President Yoweri Museveni over Shs270 million debt.

During the 2011 general elections period, the NRM brought on board a host of musicians to move around the country with President Yoweri Museveni on his campaign trail, Big Eye being one of the artistes.

However, Big Eye says he was not paid for campaigning for the President till now.

Through his lawyers, he served President Museveni and the NRM party with an intention to sue, demanding sh270m as payment.

“I demand Mr Yoweri Kaguta Museveni, the chairman of the National Resistance Movement. I worked for the president in 2011 when he was contesting for presidency. I was one of the people who campaigned for him after singing on his rallies but I was never paid,” Big Eye said.

The intention also indicates that should the two fail to fully clear the debt within the next 14 days, necessary legal action will be taken against them.

“When I came out last week and painfully exposed my debts, some people thought that I wanted free money. Through my lawyers, I’m here to demand the money I worked for in the 2011 presidential campaigns for Mr. Yoweri Museveni (Chairperson of the National Resistance Movement ),” the singer stated.