by Allen Kisakye
in Entertainment, Showbiz
18 1 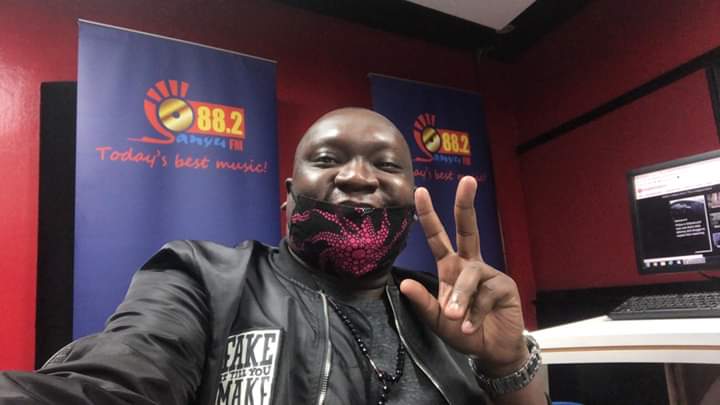 Stand-up Comedian Patrick ‘Salvado’ Idringi has shared reasons on why he managed to secure a job at 88.2 Sanyu FM.

Salvado was a few days ago hired to ‘seat in’ Sanyu FM’s break fast Show which airs from 6:00am to 10:00am during weekdays. This after the initial show host James Onen aka Fat Boy got sacked from the station after 21 years on air following a sit down strike by the staff.

But according to Salvado, he did not replace anyone but he was hired to fill in a gap for a while, till when the station gets a suitable presenter for the show.

“I am not replacing anyone, I am filling in till a presenter is hired…eish Ugandans,” the Man from Ombokolo said on social media on Thursday.

Salvado has been on Sanyu FM’s waves for just two days now, but basing on the love he is receiving from the audience, surely this comedian really knows how to play the radio game.

However, the Africa Laughs CEO isn’t new to radio as he has ever worked with Capital FM before quitting six years ago, till recently when he announced his return on air.

“A journey of 1000 miles starts with one step. Proud to be part of the @88.2sanyufm family…. Ill only get better… that I know, thanks for the love showed on my first show,” Salvador said recently.