by Stephen Kalema
in Entertainment, Showbiz
22 1 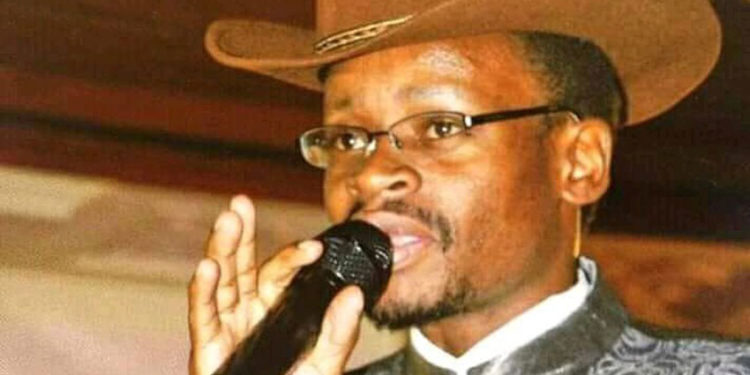 A section of events promoters and local artistes have cautioned the children of the late Prince Job Paul Kafeero not to think about exhuming their father’s body to conduct DNA tests.

They have asked them to have respect for their father and leave him to rest in peace.

The bitter fight among the family of the late kadongo kamu legend started when some of his children accused their siblings of not having Kafeero’s true blood. This forced them to conduct DNA tests which in the end came out showing that out of the many children (more than 10), only four were Kafeero’s biological children.

This did not go well with the rest of the children who demanded that their father’s body be exhumed to conduct the DNA tests from his remains citing that they did not trust the results from the previous tests.

The disgruntled children are also accusing the four of their siblings of stealing and selling the late’s properties behind their back. They say the group now wants to sell the burial grounds of their father, a move they cannot allow to be carried out.

They further noted that the siblings selling their father’s property may not even be his true children so they want a DNA test to prove who is who in the family of the late Kafeero.

However different celebrities have come out and warned the children not to disturb the peace of the dead man.

“I Kindly ask these children not to exhume their father. Paul Kafeero was a distinguished artist, therefore, we should give him his respect, there is no need of exhuming his body. I also ask the government to intervene in this matter because Kafeero worked for this country and also was NRM supporter, so I ask them to come out and speak about this matter. We need to give this man his respect,” said Mesach Semakula,Golden Band member.

Events promoter Abby Musinguzi,commonly known as Abtex has also asked them not to dare exhume Paul Kafeero’s body or else they will be beaten.

“Go and make your money, children who always think of benefiting from sweats of your fathers need to be punished. Kafeero is a national hero how do you start thinking of exhuming his body because of DNA. I’m going to organise artists we are not going to allow it, even if the court gives the them permission, we shall fight tooth and nail to see that Kafeero’s grave is safe from these thugs,” he said.

Singer Catherine Kusasira has also warned the children not to disturb their father’s peace saying that if its money they want, well-wishers are ready to fundraise for them.