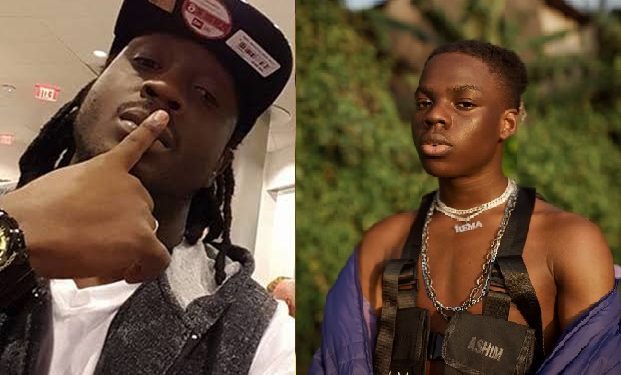 Singers Moses Ssali aka Bebe Cool and his nemesis Rema (Devine Ikubor), a Nigerian rapper have been selected to perform at the MTV Base charity concert.

The duo has for along time had unresolved issues that prevent them from seeing eye to eye, but they are now expected to perform on the same stage, at the Africa Day Benefit Concert which is organised by MTV Base.

Hosted by actor/ singer Idris Elba, this show will be showing live on MTV Base’s official YouTube channel on May 20, 2020.

According to organisers, the concert is aimed at raising funds to donate relief to the vulnerable people in Africa that have been highly affected by the Covid-19 pandemic.

Among other selected people is Uganda’s NBS After5 show host Douglas Lwanga, who took it on twitter to share his excitement.

“Good news; I have been selected with Bebe Cool and Rema to make an appearance on the MTV X YouTube Africa Day Benefit Concert, hosted by Idris Elba, showing on 25th May 2020, live on MTV Base and YouTube. Make sure you all tune in” Lwanga Twitted on Wednesday.

The concert will also feature other African giants who will include, Burna Boy (Nigeria), Angeligue Kidjo (Benin), Diamond Platnumz (Tanzania), Sauti Sol (Kenya), among others.