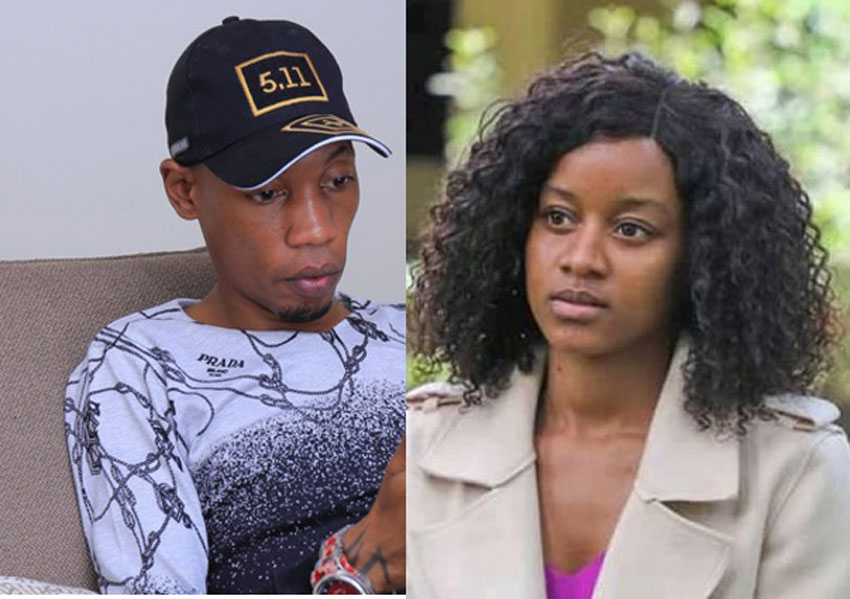 You’re not sick, you just want to meet President Museveni because your arms dealing business in no more-Bad Black to Bryan White

Facebooker accuses singer Spice Diana of having a hand in poisoning Bryan White, says it all happened on socialite’s birthday

A day after Stella Nandawula claimed a video in which she appeared accusing her boss Brian Kirumira aka Bryan White of sexual harassment had been engineered by the socialite’s enemies such as promoter Balaam Barugahara, another girl has come out to expose what ladies close to the faded tycoon went through.

Days ago, a video where Nandawula pinned Bryan White for raping her and forcing her to abort appeared online. But hours later, she was with the socialite claiming the video had been recorded months ago by Balaam and those working hard to bring down Bryan White.

However, another girl has also claimed that Bryan White used her and others in what appeared like a brothel, where he made them drunk and forced them into group sex even when some tried to protest.

Vivian Mutanda alleges that in 2017, she got employed by Bryan White who then claimed he was doing secretive President Museveni’s government.

“I don’t want Bryan White to have another opportunity to abuse anyone’s daughter again, because he is a very evil man,” Mutanda said in an interview with NBS Uncut show on Friday.

Like Nandawula, Mutanda also said that Bryan White forced her and other girls he was abusing to abort because he wanted to keep using them but never wanted to have children with his victims.

She also claimed the socialite ensured the girls were thoroughly drunk before he compelled them into group sex in his home. Mutanda describes Bryan White organisation as working to ensure that the socialite satisfied his sexual hunger.

“It was the order of the day in the house. We always had group sex with him after we were all drunk with alcohol. He would order us to do it, he gave us instructions at each step of the group sex as he wished,” she said. “I won’t lie, Bryan White Foundation was a sex workers’ association, and more girls who are brave enough will come out and expose him further.”

Is Minister Aceng, Museveni losing the coronavirus war as Uganda's cases jump to 203?

Interview: Muhoozi Kainerugaba refuses to rule out standing for President, adds he’s not identical with Museveni