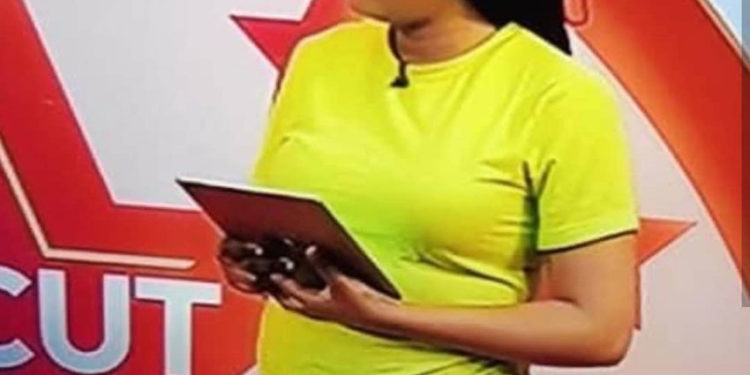 NBS TV ‘Uncut’ presenter Zahara Totto has responded to her detractors who likened her body shape to that of a jerrycan, saying she will remain who she is and will not change her physical appearance to be praised as beautiful.

Recently entangled in the battle between her station and its rival NTV Uganda, Zahara Totto has been engaged in a war of words with presenters Lynda Ddane and Faridah Nakazibwe of the Serena-based station. Nakazibwe had compared the wardrobe of Ddane t with that of Zahara Totto saying the latter shops her ‘second-hand clothes’ from downtown.

Totto hit back at Nakazibwe and all NTV presenters whom she claimed could not manage to buy her expensive clothes because they were paid as little as Sh50,000 per show. She even refused to apologize to Nakazibwe despite pressure from her fans.

The latest on this feud is that fans have entered into the war of words with one calling Zahara Totto a jerrycan, and another one claiming that the co-host of NBSSNL lacked ethics required of a TV presenter.

“Zahara would have been the most beautiful face on TV if she wasn’t a jerrycan. Passport steady except for those brooms,” wrote a one Balaam Bob. He was supported by a one Evelyn Nakayi who added: “And if she wasn’t too local ethically.”

In most cases, media celebrities at the level of Totto would ignore such insulting posts to deny those who write them attention. However, the NBS TV motor-mouthed rumor monger thought it was wise to set the record straight. She condemned acts of body shaming and said she just loves the way she is.

“I can see perfect angles here. Body shaming, really? Even women? Thing is I will not change for any of you! I am comfortable in my own skin and I love me!” wrote Zahara Totto.

She was supported by BBS TV reporter and former NTV Uganda Luweero correspondent Culton Scovia Nakamya who replied: “Stop pulling women down. It’s her body not yours. Respect women the way they are and challenge them on other things but not how God created them. Don’t kill her self esteem.”