by Stephen Kalema
in Entertainment, Showbiz
107 2 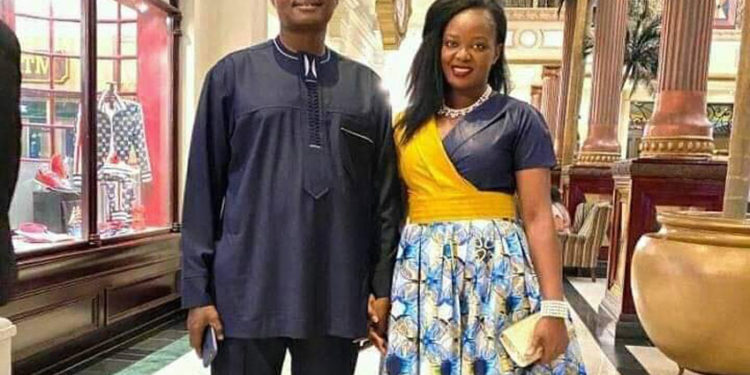 The luxurious car was allegedly a gift to his girlfriend Susan Makula Nantaba but due to backlash from his followers and the general public at large, the House of Prayer Ministries International (HPMI) lead preacher was left with no option but to give out the car to gospel singing group known as New Chapter Africa.

Bugingo’s surprise to his wife-to-be was not well received by a section of social media users who accused the Man of God of using his followers’ offertories to satisfy his personal desires.

Some condemned Bugingo for diverting the money meant to build his multi-billion Church- Pentagon to buy his girlfriend a car.

However last Sunday during his Sunday service, Bugingo told his followers that they didn’t buy the car but it was a gift from someone who appreciates his Godly services.

“I want to thank God I traveled and came back safely, didn’t travel alone but with my Susan Makula, and I want to thank her for not being selfish, people thought I would have given that car to her but when I consulted her to give it out, she accepted,” said Bugingo.

He added that the car is very expensive and they could not spend such huge amount of money before finishing their Pentagon church.

“We knew that shipping it up here would cost more than Shs100m yet we are still on the campaign of building our pentagon. Therefore we agreed that since a gift is priceless and the right price of it is to make it a gift towards someone. We gave out this car to New Chapter Africa.”

“In two weeks period, that car will be here in Uganda belonging to New Chapter Africa the good thing these singers don’t pray from here. But we appreciate their talents, again I want to thank you for being honest because at that moment you were full of joy but you accepted to give it out, thank you, but yours is coming,” said Bugingo while touching the waist of Makula.

Makula also thanked Bugingo for being a generous man.

“I want to thank God because of my very generous husband when they gave him that car we were happy especially me I was excited but he said, that it does not belong to him. So he asked someone we had traveled with if he knew anybody in South Africa, he also knew none but some gospel singers, when he called them they thought the pastor was going to pray for them but when they arrived, he gave them that car and that is how the photos went on social media,” said Makula.

Last year, Bugingo dumped his wife Teddy Naluswa after accusing her of wanting to kill him. He also accused her of conspiring to steal his Church land citing them as some of the reasons why he could no longer stay with her thus demanding for divorce.

Although Teddy denied the allegations and opposed the divorce petition basing on biblical concept that marriage is meant to last for forever, Bugingo moved on with Makula who is his employee at his Salt Media.