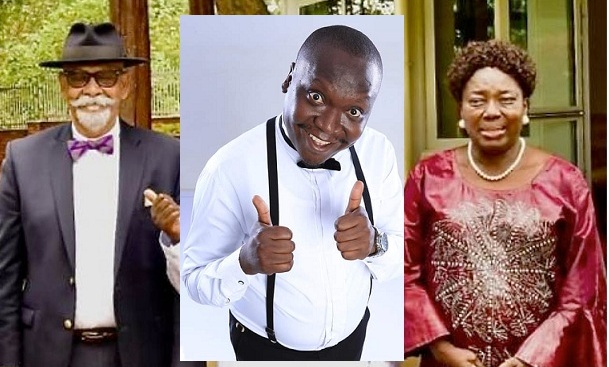 The Speaker of Uganda’s Parliament Rebecca Kadaga on Monday shared some really good news, stating that within two weeks, the country would receive a Corona Virus treatment.

During a Parliamentary seating on Monday, Kadaga told fellow legislators that the said treatment was by an American Professor and ‘a young man from Busoga’.

“The professor (Prof Safaraz K. Niazi) who manufactured the treatment for corona virus in USA was here last week, he promised Uganda that in two weeks, the treatment will be here,” she said.

The news ofcourse was received with mixed reactions from a cross section of Ugandans including stand-up comedian Patrick Salvador.

Salvador believes that this treatment is a hoax and that he doesn’t see any truth in Kadaga’s statements.

“But Kadaga you have lied so much. Hahaha, anything is possible in Uganda, that’s the truth,” Salvador shared on social media on Tuesday.

Adding that, “The Rt Hon Rebecca Kadaga didn’t talk about a vaccine but a spray that instantly kills the corona virus. But Uganda we are really poor, the vaccine has got its first clinical trials in the US… Kadaga’s is a Spray.”

This social media debate started after Kadaga took a team of the said developers of the vaccine led by Prof Safaraz K. Niazi together with the Ugandan biochemist, Mathias Magoola, to meet President Museveni on issues to do with Corona Virus treatment.

“So Ugandans and the whole world, medicine will be available for use in the next two weeks, the products you are using now doesn’t kill the virus, its only our product In the world that kills the virus,” one of the developers told Museveni.