by Watchdog Uganda
in Entertainment, Showbiz
89 7 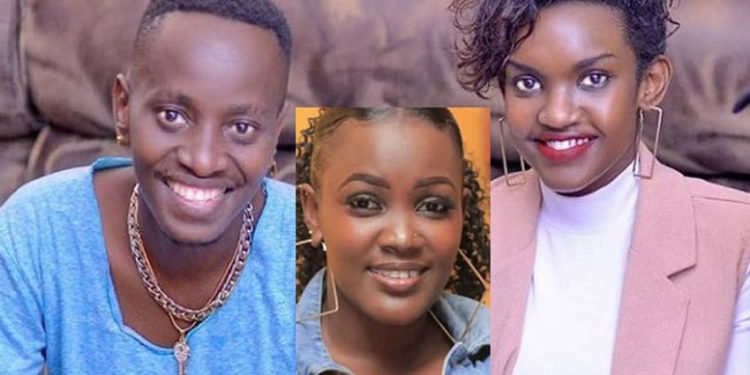 Renowned media personality MC Kats has claimed that singer Fille’s cousin Faith Ntaborwa raped him before leaking his after sex-video.

Fille is MC Kats’ girlfriend and the couple has a child together.

On Tuesday, Faith leaked a video showing her and MC Kats after having a romp. The video has since gone viral on social media. Many people including Kats didn’t see it coming.

In the video, Faith is seen recording tired MC Kats after having a sex marathon with him. The NBS After 5 co-host who is seen sleeping in a couch probably did not realise that he was being recorded.

In this same video, Faith displays a used condom as she says that she ‘fears’ MC Kats and that is why she opted for protection.

Now, speaking to a local media outlet yesterday, Kats revealed that he will be suing Faith for using him without his consent.

“I don’t remember sleeping with Faith. I’m going to sue her for using me without my knowledge,” he said.

If what Kats is saying is true, Faith is likely to face rape charges.

This video came out just after a few months when MC Kats publicized his HIV status. The presenter was seen coughing endlessly in the clip and here Faith asked him if he needed some water to drink.

Faith, a cousin to Fille (MC Kats girlfriend) has allegedly slept with almost each showbiz celebrity around town as well as businessmen, politicians among others.

Besigye: Museveni would not reach university level if he was born in this current economic situation

Besigye: Museveni would not reach university level if he was born in this current economic situation