You failed to defend me, now Feel it! Big Eye mocks Bebe Cool after being pelted with bottles again

by Mubiru Ivan
in Entertainment, Showbiz
165 5 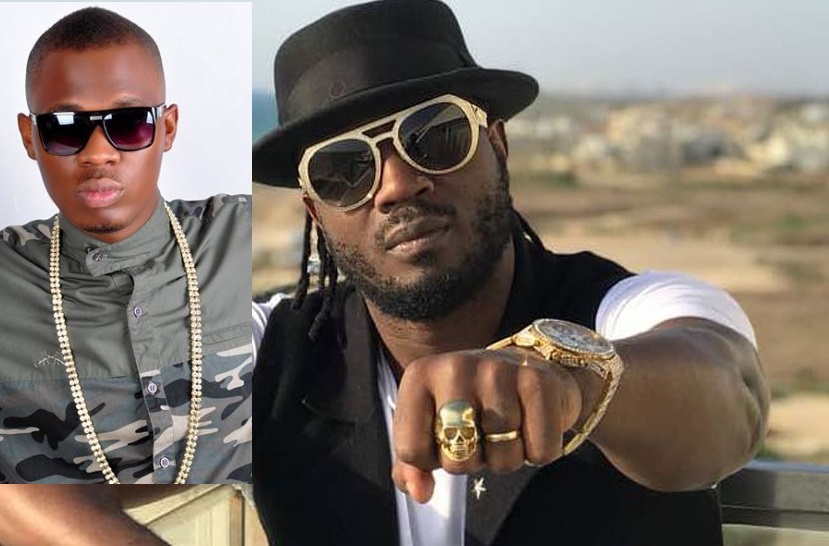 Bebe Cool doesn’t mind fans throwing bottles at him. He proved his “I don’t care” billing when he performed his song till the end as fans at Cindy Sanyu’s Boom party concert pelted bottles at him on stage.

The Boom party at Cricket Oval, Lugogo on Saturday was a full house affair and Bebe the man who loves the big stage graced the platform around midnight only to get bottles from all directions of the audience.

Following the bottle throwing incident, Singer Ibrahim Mayanja alias Big Eye was quick to rush to his Facebook page to mock the ‘wire wire’ singer in what seemed to look like a retaliatory statement.

Big Eye who has also felt the wrath of bottle throwers on two occasions this year said Bebe Cool failed to defend him after the incidents but instead urged him to make good music, something which left him {Big Eye} disappointed.

“I think papa (Bebe Cool) even you they have pelt bottles at you because you don’t have music. I really felt so bad when you made that statement about me when they pelt bottles at me but i couldn’t express ma anger because i respect you as ma elder. It was really a very disappointing and selfish statement to the situation i faced,” the ‘single’ singer said.

“I was expecting a sorry from you at that time or to condemn the act. You didn’t think of where the situation was leading me to. Right now my source of income totally got spoilt whereby am even about to sell my property to pay debts and to clear bills. With all due respect its not always good to brag on peoples hard situations as jokes. For me i say sorry about that papa.”

OP-ED: Stanbic’s Anne Juuko and why more women should “lean in”

FARIDAH NAKAZIBWE: Ladies keep your monkey styles, a man who wants to cheat will cheat

FARIDAH NAKAZIBWE: Ladies keep your monkey styles, a man who wants to cheat will cheat

Government to use half of its revenue to pay loans