by Brian Mugenyi
in Entertainment, Showbiz
25 2 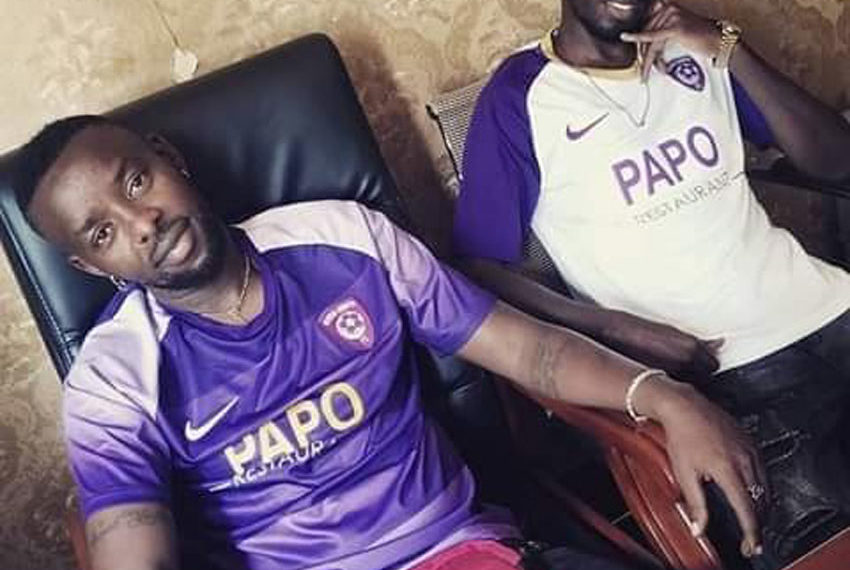 Supposing you are associated to the Ugandan music industry, all wondering about what it takes to make a name in this field. The formula is as simple as taking a bread mulled with blue band butter as long as you get yourself a credible manager.

Much as some artistes prefer to bump into the music industry and run their projects by themselves, chances are high for many to harvest nothing compared to those that raise the bars high and be driven by their manager’s guidelines.

To this, Hamid Jjuuko is one man who has been managing Ugandan musicians for the last ten years and because of his efforts, artists such as Edrisa Musuuza alias Eddy Kenzo have been able to walk the talk and succeed in their careers.

Musuuza’s fairy tale story of success in the music industry is incomplete without the name Jjuuko at his back. Yet still, the latter’s name also remains incomplete without Musuuza at his behind. The two; Kenzo and Jjuuko have worked closely like the king and the queen in a palace to ensure that they become household names in both singing and managing artistes respectively.

“I started ten years ago as Eddy Kenzo’s business manager and the ten years we have been together no one regrets the other as far as our businesses are concerned,” shared Jjuuko who is also the founder of Cox music and marketing agency in Kampala.

The last ten years have seen Jjuuko growing his network and business repertoire from managing Kenzo alone and hooked up with artistes like Lydia Jazmine and Shafik Walukagga alias Fik Fameika of Kutama hit-song.

“It is not always easy to manage artists because some are unmanageable by nature. But I’ve been able to work peacefully with them,”  the 30 year old telecommunications engineer added.

“It takes time, courage and dedication to succeed in this business. I have tried my level best to inculcate professionalism in my career and this has worked miracles for me,” he says.

By nature, Jjuuko is a down to earth person who lives like an introvert and many a times during the interview he could delay to respond because he is very cautious on whatever word he utters out.

He is a business oriented man who values time and has lived up by striking his clients deals with cooperate companies such as; Airtel Uganda, Africel and Pepsi.

But much as he rants even on other artistes, it is blindingly obvious that Jjuuko has fostered a concrete relationship with Kenzo and the ten years they have been together the latter managed to become the first ever artists to win the BET Award in Uganda.

“He (Kenzo) keeps me going. He is such a rare talent in Africa’s music industry and there are cases where you feel like he is done but to your surprise he bumps in with a song that eventually become the talk of the town. That makes him unique,” narrates Jjuuko who also ensured that Kenzo strikes deals as Airtel Ambassador, American Youth model and Kenya Tourism Ambassador.

Top 10 ways to save your car fuel when driving

Some of the most influential factors that affect a vehicle’s fuel efficiency depend on a fixed number, such as engine...