by Allen Kisakye
in Entertainment, Showbiz
8 1

Following the incident that happen at Freedom City recently, during UBC’s Calvin Da Entertainer’s concert when he was chased off stage, the singer has now decided to relocate to United Kingdom, claiming that People Power supporters have made his life impossible in Uganda.

During the Freedom City show, Big Eye was first denied a microphone, and when he forcefully made his way to the stage, the audience booed him, something that forced the organizers to take him off stage, however, the singer claimed that he was kicked off stage because he is an NRM supporter.

“I have got information that the people who blocked me from performing at Freedom City because am NRM are putting up a fake story to cover up the real story. But you people should get serious, this is not a joking matter. ‘Separate politics from our shows’. You can’t stop me because of my political choice and you think it’s a joke,” he said recently.

Through his social media platform on Monday, the self-styled ‘starboss’ has claimed that after People power supporters making his life difficult in Uganda, he has decided to relocate to UK were he hopes life will be much better.

“People Power supporters have made my work impossible in Uganda forgetting that I also have responsibilities. But I repeat, I don’t see any problem with supporting Mr YK Museveni. He has changed the life of Uganda ever since he came to power. You will remember my words. UK London an here,” he said.

Ruparelia Foundation has offered discounts on early V.I.P tickets for those who will be attending Patrick Idringi Salvado’s Africa Laughs... 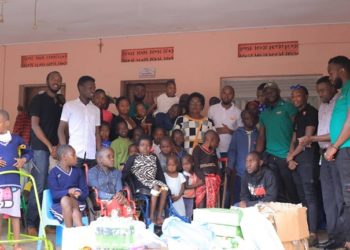 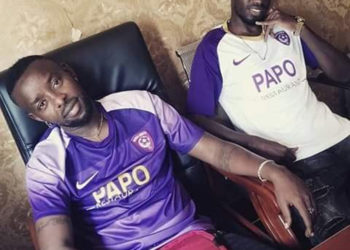