The Hi-skul awards 2018 that took place last weekend at Front-page Hotel in Namasuba are still getting a lot of criticism from artistes who were nominated over a number of anomalies that got many agitated and vowing never to participate again.

Artistes including DJ Kikofira and a number of others were asked for money in order to be given awards in categories they were leading when it came to polling that was being done on line.

This brought everything into disrepute as artistes started wondering what the online voting and polling was for if money was ultimately going to influence who the award winners were going to be.

Even up to the last minute some artistes contacted by our sources were still getting calls from purported agents of the organizers to change things and give the awards to them if they would pay up just in time.

To take you back a few years ago, artiste Bebe Cool refused local award organizers to nominate him again in any of their categories or give him any awards at that, many artistes are now vowing to follow the same path as the credibility of local music awards goes down the drain with these bribe allegations.

The organisers of the Hi-skul awards have however distanced themselves from the people who were asking for these bribes claiming they were not sent by them.

The organizers though insist they only asked the nominees for money to purchase tickets for their entourages and the people they were sending or coming with to pick the awards.

AGGREY NSHEKANABO: It is okay for Lake Victoria to claim its territory as COVID-19 debunks church business 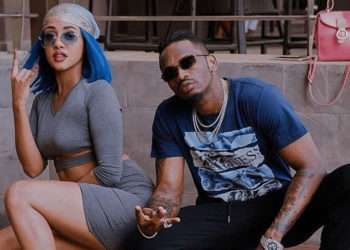 Need for ethical men in our families and societies