The terrible accident happened on 5 November, 2020 in Kyazanga Trading Centre, Lwengo District. Pablo and his five colleagues were heading to Ruhaama to attend the burial of the late Dr. Anas Kaliisa the director of Salam charity.

by Mubiru Ivan
in Entertainment, Lifestyle
8 0
0

Pablo Bashir almost lost his life last year when the driver of the saloon car he was travelling in lost control of the vehicle along Masaka-Mbarara Highway.

The terrible accident happened on 5 November, 2020 in Kyazanga Trading Centre, Lwengo District. Pablo and his five colleagues were heading to Ruhaama to attend the burial of the late Dr. Anas Kaliisa the director of Salam charity.

The tragedy left Pablo badly injured that news erroneously reached his employers at Next Media Services that he had died. He was unconscious when he was pulled out of the car, profusely bleeding with serious head wounds. There was a fear that he may have suffered brain damage.  His friend Badru Mohammad Katongole who was the driver at the fateful night journey died on spot.

And to thank God for the new lease of life , the Next Media Services Chief of Protocol Officer on 23rd August decided to celebrate his new age with children living with disabilities.

During the birthday event, Pablo donated assortment of items worth millions of shillings to Uganda Cheshire Home-Katalemwa.

At the function, Pablo revealed that he chose to celebrate his birthday with Katalemwa children in reflection of how Allah saved him out of a deadly accident that ended the lives of some of his friends.

”Today am here to celebrate this day with my brothers and sisters in reflection of how almighty Allah saved me last year from an accident that left a couple of my friends dead, who am I?, I think Allah left me alive such that I can be impactful to his people like these Katalemwa children, I am really grateful Ya’Allah,” he said.

Among the items donated by Bashir in collaboration with Kaliro Sugar Company that was represented by its Public Relations Officer, Ms Hellen, included dozens of sugar sacks, cooking oil, boxes of bar soap, liquid soap among others. 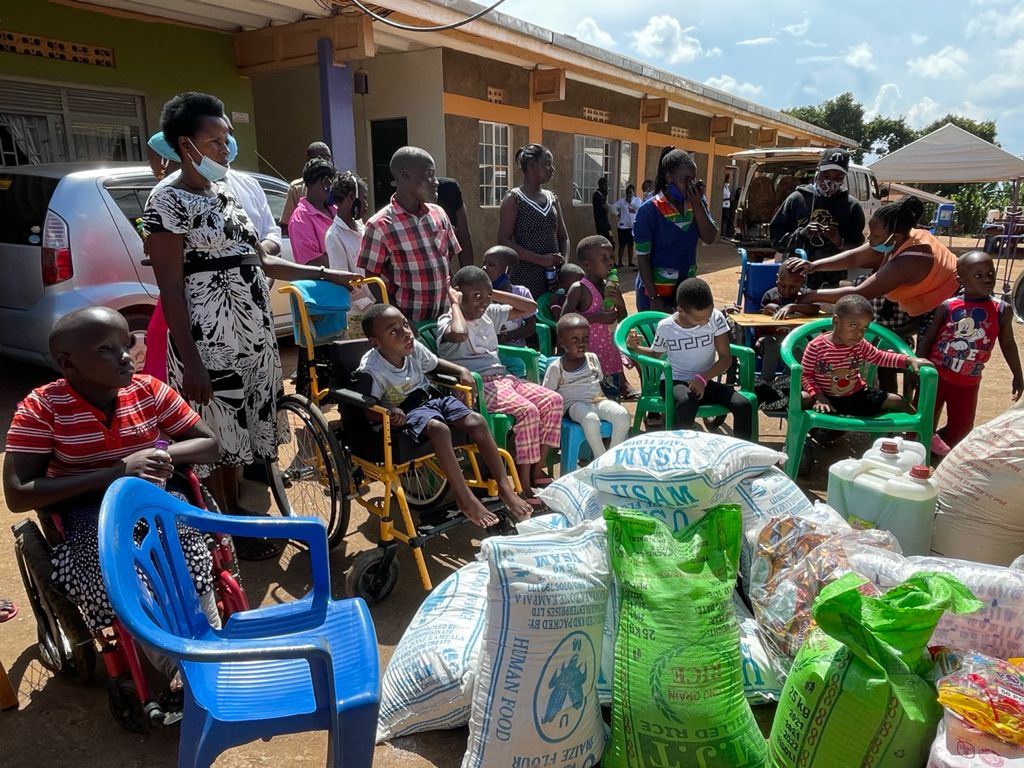 Sharing a word of appreciation with Pablo, Nabakooza Oliver a guardian of two kids at Katalemwa, poured heaps of praise upon him for considering them amidst the Covid-19 pandemic season that has hugely affected their living.

”My son, the truth is, we have been traumatized so much by this pandemic but I am so happy that our good Lord has always provided to us through people like you. I can’t stop thanking God for rescuing Bashir’s life because it is indeed purposeful to Ugandans, people with disabilities like us here inclusive, thanks Bashir,” Nabakooza noted.

After the donation, Pablo was later in the day treated to a surprise birthday party at Tamarai hotel Kololo by his rich friends. The party attracted a number of city corporates and dignitaries.